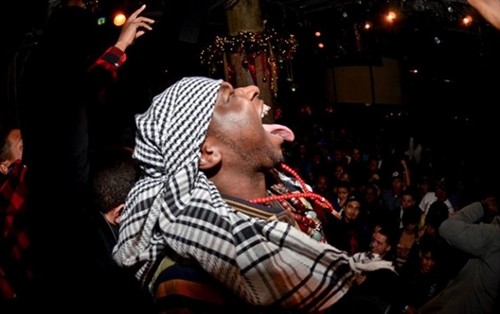 Brookyln filth-peddler Mr Muthafuckin’ eXqurie is set to release his first official material since his surprise signing to Universal.

HipHopDX report that the rapper will re-emerge with the digital Huzzah EP on July 3. We’re guessing that ‘Huzzah!’, the highlight of breakthrough tape Lost In Translation (and, once Danny Brown, Das Racist and El-P had jumped on board, one of last year’s most blinding remix cuts) will feature in some form.

The EP will be followed by the Power & Passion EP, which will hit stores in September. The release will be eXquire’s first output on Universal, and will feature similarly alliterative banger ‘Position Of Passion’, which you can sample below.

Mr Muthafuckin eXqure is currently meandering around the US with El-P, Killer Mike and Despot – a pretty charmed line-up, given their respective form this year. Fans can also expect a Mr. M.e. appearance on the forthcoming record from The Alchemist.