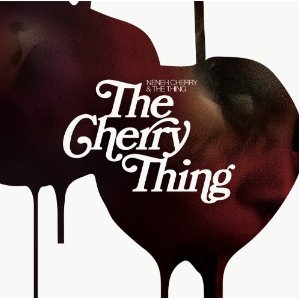 Neneh Cherry has described her collaboration with free jazz outfit The Thing as a “natural homecoming” – a description that has multiple levels of significance for this project. There’s the sense in which it’s a return to Cherry’s family roots, finally ending up in her middle age – after a restless career that has encompassed pop, soul, rock and multiple forms of ’90s dance without ever settling into any category – working in a genre in which her father, Don Cherry, was a legend (and covering one of his own compositions to boot). And from The Thing’s perspective, the frisson of making music with the daughter of one of their self-confessed greatest influences must surely be a thrill.

It’s an idea that makes a lot of rational sense, then – but what’s striking about The Cherry Thing is how marvellously natural and intuitive it sounds. It’s almost a covers album – there are two original tracks, one penned by Cherry and one by The Thing’s Mats Gustafsson – but skilfully avoid the common pitfalls of such projects of being forced, gimmicky or lazy. Rather, it’s part of the lineage of some of the finest examples of the format – Tori Amos’s Strange Little Girls and Stina Nordenstam’s People Are Strange, for instance – of delving into a series of disparate originals (Madvillain, Ornette Coleman, Martina Topley-Bird and The Stooges all get the Cherry Thing treatment) and turning them inside out, excavating the songs’ cores and bending them wholly to a new aesthetic.

Over the course of The Cherry Thing, both Cherry’s voice and The Thing’s arrangements manage to maintain a tightrope balance between the outer shores of chaotic improv and rhythmic, melodic and structural immediacy. Often, they are as one: the mantra-like repetitions of ‘Dream Baby Dream’, the way in which they work each other into a contiguous frenzy on ‘Dirt’. At times, it’s The Thing who careen off into a squealing, squawking and thrilling pile-up of saxophones, double bass and drums: the gradual tip into wildness at the climax of ‘Sudden Movement’ is almost graceful. At others, it’s Cherry’s turn to use her voice in astonishing ways: the initial bare-boned tension of ‘Accordion’ gives way to clattering percussion and Cherry’s whoops, purrs and growls, demons emerging unbidden from the woodwork. Meanwhile, on ‘Golden Heart’ it’s the winding sax riff that keeps the song steady while muffled drums bounce off the walls in the background and Cherry croons abstractedly into the fug.

The theme of rejecting worldly materialism and returning to one’s roots runs through the album, from Cherry’s brilliant self-penned opener ‘Cashback’ to the refrain she builds from MF Doom’s ‘Accordion’: you can almost see her roll her eyes as she repeats the line “Keep your glory, gold and glitter.” It’s in keeping with Cherry’s whole career: few have presented their own emancipated self with quite as much aplomb as she has over the years. And when The Cherry Thing turns its attention to the people at those roots, she switches from fierce and feisty to unbearably tender: the drugged-out drone of Suicide’s ‘Dream Baby Dream’ is transformed into a lullaby that gasps with tenderness.

For all of free jazz’s forbidding reputation, The Cherry Thing is a strikingly accessible album: Cherry’s quarter-decade career has been characterised by her effortless application of unparalleled pop instincts to every genre she’s dabbled in, and this remains the case here. ‘Cashback’, with its indelible chorus and rap breakdown, could have fit on any of her albums to date. Nor is The Cherry Thing an album that requires deep familiarity with any of its ingredients to be rewarding – this writer first heard it with no previous knowledge of either The Thing or several of the original songs covered. By the end, you only want more: you find yourself wishing that Neneh Cherry and The Thing would just go ahead and cover every song in the world in this inimitable manner.