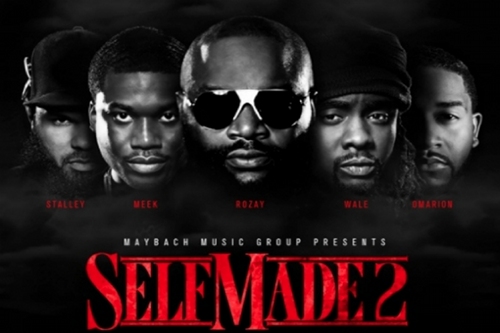 Maybach Music Group boast the likes of Meek Mill, Wale, Omarion and Gunplay among their ranks. Ross plays the executive producer role, occasionally hovering into view, grunting, then sodding off again. Assiduous MMG followers will already have enjoyed the rattling ‘Actin Up’ and the absolutely brilliant magnum opus ‘Power Circle’. As Prefix report, Self-Made Vol. 2 is now available to hear in its entirety.

As promised, the full album features appearances from T.I. and Nas. The general tone is exactly as expected: sleek, bullet-proof instrumentals that don’t skimp on the snaps and the clicks (although the glossy, sour ‘Fountain of Youth’ adds a touch of variety). Peep the stream and the tracklisting below.