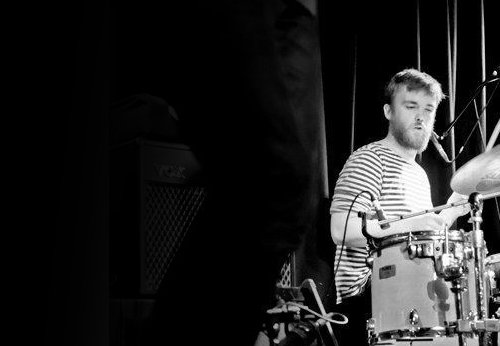 The band had released several records on the No Pain in Pop label, including new album Wild Peace. The group’s Thom Hill posted the following tribute on the group’s Facebook, while Line of Best Fit have set up a Just Giving page.

We are so sad to say that our close friend and brilliant drummer Peter Hayes passed away on Thursday morning at the age of 25.

If you knew Pete, then you’ll know what an amazing person he was.
If you didn’t know Pete then all I can say is that he was a total one off.
Always caring, always giving, always straight up and always with such a positive outlook on life. That was the thing with Pete, he just got on with it. Even in his last few weeks he would be sitting up in his hospital bed smiling and having a laugh with me.

It was this outlook on life that made me perhaps take advantage of our time spent together. This situation never seemed possible because he never ever stopped being positive and joyful. He never moaned, or acted ill and was an incredibly hard worker. It’s a really rare thing to find all of these qualities in someone and he deserved more time to live his life to the full, which he always did.

If you ever saw us play live then you’ll know what a great drummer he was.
I’ve been in 4 different bands over the past 10 years and while the line ups changed around us, me and Pete were always playing together. It was such a privilege to play music with him.

I’ll always remember in our first band me, Kier and Steve lying to promoters that we were over 18 and that we were old enough to play in pubs. We were 16 and Pete was even younger than us! I remember sneaking Pete in the venue hoping nobody would ask any questions and after the gig Pete’s dad Antony would pick him up and take him home because he had his year 10 GCSE exam later that week! I still can’t believe we got away with it really. He was like a younger brother to us and we always had a lot of fun.

I’m really glad that the four of us moved to London, met Linda and formed Echo Lake. I know he was really excited about the album finally coming out and the possibilities that lay ahead of us. I can’t believe that he won’t be around anymore to see them out with us.

I could go on writing about him and the amazing memories forever, but another part of me is struggling to find the words to do him justice. So I’ll just say that he put everything into Echo Lake and always played his heart and soul out. I’ll always appreciate that and will always owe him so much for helping us get as far as we have in the past 2 years.

Finally, I’d just like to send all my love to Pete’s family, who I am lucky to have gotten to know well over the years. When we were kids, your place was a home away from home for me (as it was for all of our friends who just loved being there so much!)
And to Pete’s girlfriend Caroline. I’m so glad that you guys met each other, you made him incredibly happy.

All the love Pete, we’ll all miss you so much.

Rest in peace and thanks for everything man, it’s been awesome!