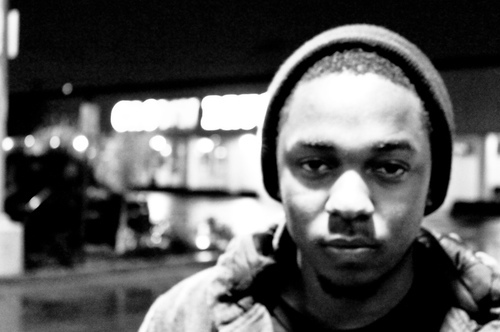 Black Hippy and rapid-fire upstart Kendrick Lamar has been spilling the beans about his forthcoming major label debut.

Fresh from totally obliterating his co-stars on Maybach Music Group’s brilliant ‘Power Circle’, Lamar has now revealed that his album will arrive this Autumn. HipHopDX report that the Compton rapper released the news on the Power 106 radio station. One of the most feverishly anticipated rap full-lengths of the year, Good Kid In A Mad City is the follow-up to last year’s ripple-making iTunes release Section.80.

In an interview with Hypetrak, Lamar also offered some insight into what fans can expect from the record. Lamar talked about recent Dr. Dre team-up ‘The Recipe’, claiming that the appearance was a fairly impromptu affair: “We were just the studio having fun really. And that’s how the best records come about. We wasn’t going for no particular type of record. We just wanted to have fun. It felt like me; it felt like some new energy. Dre loved it, and we started rolling with it.”

The producers are also apparently “really in-house. Soundwave, Tae Beats, Willie B., Dave Free – Digi-Phonics really. I just kept it [limited] to the people I came in with because they know my sound. I know their sound, and we mesh properly when we get in that studio and lock in”. Lamar also has a collaborative mixtape with J. Coles on the way. You can watch the interview in full below.