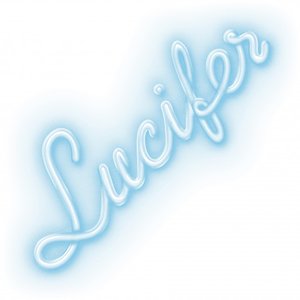 Unlike the lovely Peter Gabriel, when hipsters do ‘world music’ it’s often neither reverential of the indigenous culture or at all concerned with authenticity. Instead it’s precisely a quality of inauthenticity that’s fetishized. Just as hipster culture aggregates its clothing fashion from myriad sources, with the incongruous final look a self-reflexive nod to its own meaninglessness, musically the same mindset strip-mines ritual/spiritual arcana from a multitude of sources, similarly revelling in the very absence of meaning and the chemical aftertaste of synthesis. With their kosmische-inspired dubtronica, generic pan-spiritual vibe and ersatz exotica, Peaking Lights were so of their time it was scary.

For acts like Wisconsin husband and wife duo, Aaron Doyes and Indra Dunis, it was as if the total realization of a cultural nowhere, or the fresh air meaningless in the donut-hole that is Western secularism, is almost as good as peering John Maus-like into a virtual world, as cybernauts in deep space. A deceptively abstract sound, for all their tactile, fecund real-ness, Peaking lights interpreted ‘utopia’ in the original definition of the word, as in ‘no place’, riffing on John Maus’ conception of a virtual utopia as opposed to conjuring an island-in-the-sea heaven.

It’s like this generation’s version of psychedelia, but set in inner space, with My Life In The Bush Of Ghosts the master text. It’s no coincidence that the group’s debut 936 was released on Not Not Fun – the home of ‘post-internet’ music situated aesthetically equidistant to Olde English Spelling Bee and the more electronic Hippos In Tanks. Their debut had more in common with the hauntological Hype Williams and James Ferraro than with 4th world junkies like The Very Best. It was a sinister thing which sought to eerily and persistently trick its own organicity (as represented in scuzz-ed and swampy textures) with whispers of artificiality. Fluid yet vaguely mechanical, there was the constant, vague reminder that the earthy flow was in fact made in computers – an implacable wave of digitalism that was, played at the right volume, as macabre as it was paradisical. Rather than bone-warming, the tropical heat was oppressive – malarial as opposed to the stuff of palm trees and white sands – while over Doyes’ trancing grind Dunis reprocessed her vocals into post-human sirens and shamanistic shards: a holographic skin-job moving marionette-like.

And hey-ho, the disappointing Lucifer. They might appear minor on the surface, but the slight alterations that Peaking Lights have made to their sound mean the difference between the relevance, subtext and imagistic brilliance of an important band and, well, really really nice music for relaxing to. From the word go, with twinkly opener ‘Moonrise’ and its glassy xylophone pitter, it’s clear that Lucifer, essentially an album about paternal love, is a comparatively leavened outing (the duo call it “playful”) next to 936. But it’s also an entirely more insubstantial one, both sonically and conceptually; pretty/vacant.

Whereas once Peaking Lights droned flatly in a state of airless intensity – purpose and pressure building in both the over-saturated digi-verse and those sweat-fried favellas – here the songs dance and flit fancifully with cottony background effects (‘Beautiful Son’); whimsical departures from rhythmic drive into synth noodling (‘Morning Star’); and mood-breaking spindly instrumentation – organ, picked indie guitar and brassy reggae keys depressurising the soundscape at a rate of noughts. Factor in lighter, more sparing use of bass guitar (now a melody maker rather than a tool for creating strain) and what you have is the hot cloud pollution of the Khao Sarn Road replaced with blue-white cumulonimbus. While 936 was less reggae than dub, though dub that was modernised and de-grooved with Krautrock’s square monotony, on the quicker Lucifer slow funk, dance and bobbing reggae rhythms combine for something frivolously animated, making for mid-afternoon muzak custom-designed for private beach huts. Holiday music. “Less cocaine more weed, for this album” is the couple’s explanation.

But most crucially, the air of artificiality has been shipped for a naturalistic approach. Your first clue is the keynote track # 2, ‘Beautiful Son’, a dedication to the couple’s baby. Cleansed of reality-distorting effects for an acoustic set-vibe, tellingly Dunis sings a fully-formed song, whereas before her voice was studio-tweaked into oblique gestures; while piano and guitar dawdle lazily over a modulation recalling 808 State in their ill-advised earth-child phase. The drop in artistic value from Lucifer to 936, however, is best epitomised by ‘Live Love’, neither powerful or immersive as anything on the group’s debut. Like Two Door Cinema Club meets Amadou and Mariam, it’s their first stumble into hipster dilettantism, with reedy electronics, a pottering bass and casio drums serving as the bed for high register xylophones. Apart from an abrasive middle section, it’s lightsome and inconsequential. The low-end ‘Cosmic Tides’ is an improvement, but is more heavily stoned than conceptually heavyweight: one-dimensional dub reggae as opposed to the Kraftwerk meets Lee Perry idea-music featured on 936.

It’s only on the oriental ‘LO-HI’ that the new sound casts up something interesting, more modern, in spite of the pan-flutes. Trebly and brittle at the high end, it mirrors the shrill pitch of mega-city life by night, while evoking a sort of neon sensory angst as echoing psychedelic synths rise over the skyline both malignly and cinematically. Oh, and baby ‘Mikka’ on the mike is cute. Actually it’s a little creepy, with Jnr. double-tracked and delayed into ten babies, or that one from Trainspotting,

Lucifer is a very pleasant listen, but then so are The Wailers, without Bob. Good music isn’t the same as important music, and a new baby isn’t as interesting as cool ideas. Love is great and all, we’re happy for you, but it also hollows your art.