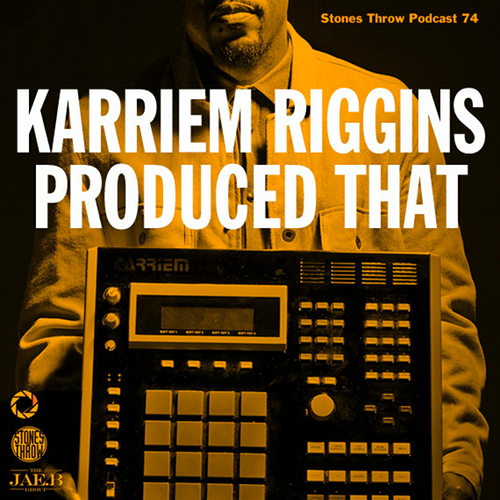 After the recent Quakers and Mike D/Peanut Butter Wolf mixes, the L.A. label are now using the series for educational purposes. Podcast 74 arrives courtesy of underrated hip-hop producer Karriem Riggins. The musician earns his bread working as a jazz drummer, and has toured and played with the likes of Paul McCartney, Diana Krall and Donald Byrd. As well as picking up sticks, Riggins also knows his way around an MPC, and has an ongoing sideline working as a hip-hop producer.

For the mix, Riggins has presented an overview of his most notable and best-loved work. The podcast (officially titled ‘Karriem Riggins Produced That’) features collaborations with the likes of Erykah Badu, 50 Cent, The Roots, Common and J Dilla. You can grab the podcast here