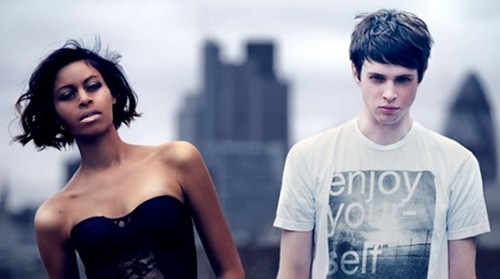 Brenmar, the Chicago don currently sitting pretty in the FACT Mix throne, has put out a nifty remix of up-and-comers AlunaGeorge.

London duo AlunaGeorge have been garnering plenty of interest off the back of their Tri Angle EP You Know You Like It. Their swampy take on contemporary R&B has some chromosomal similarity to Evian Christ or oOoOO, but also boasts the sort of lacquered sheen and pop ambition that suggest AlunaGeorge might be pitching for the charts as well as the blogs.

‘Just A Touch’ was probably the sultriest cut on the EP, coming over like a particularly oddball Tweet offcut. Brenmar’s remix doesn’t sacrifice the immediacy of the original, but does a good job of accentuating the darkness latent in AlunaGeorge’s take. Brenmar turns the track into a piece of mutant new jack swing, full of clicks and jittery, unpredictable programming.Vocalist Aluna Francis is stretched the rack: for ears attuned to Stateside divas in this sort of context, it’s great hearing Aluna’s London tones getting the chop’n’screw treatment. As with his FACT session, which skips from Ill Blu to DJ Rashad with impunity, Brenmar keeps things lively from top to tail.

The track is taken from the You Know You Like It remix EP, due out on July 9. You can listen to an exclusive play of the Brenmar mix below.