“About as welcome as a fart in a space suit”: Lovebox Festival head slams Radio 1’s Hackney Weekend 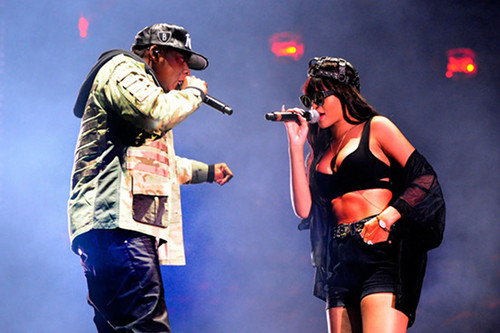 We were on the ground for this year’s Lovebox festival, and everyone seemed to be having a merry time. Not so behind the scenes, apparently.

Dean James, head of the Mama Group conglomerate (of which Lovebox Festival is one of many constituent parts), has attacked the recent Hackney Weekend shindig for scheduling their event in close proximity to Lovebox. Radio 1’s free event took place last weekend, whereas Lovebox happened a fortnight ago in Victoria Park.

James’ screed was a response to Radio 1 boss Ben Cooper’s assertion that the Hackney Weekender wasn’t “taking ticket sales from competing festivals”. Cooper also said, somewhat contentiously, that the festival was  “going into an area that I don’t think any commercial operator would have gone into after the unrest of last year”.

Speaking to The Evening Standard, James called Cooper’s words “utter nonsense”: “We’ve been half a mile down the road for eight years now, with east London’s most successful festival. For them to turn up with a free event in an Olympic year was about as welcome as a fart in a space suit.” James also suggested that Radio 1’s influence meant that many of the acts secured for Lovebox ended up also playing the Big Weekend. Mama Group are also responsible for venues including the Hammersmith Apollo and the Jazz Cafe, the Global Gathering festival, and music magazine The Fly, among other ventures.