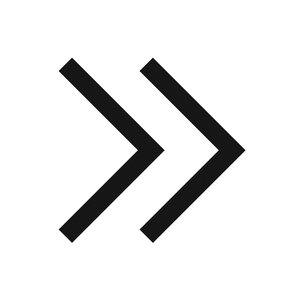 Though electronic krautrock is no longer modern, as in contemporary, it’ll forever be the sound of modernity; synonymous with progress, utopian cities and Europe’s rites-of passage departure from the blues, the ’60s and the beat generation – the Dusseldorf-ian cradle of modern music. “The future began in the 70s”, once declared David Bowie. Although that was in the ’70s, so he was probably high as shit.

There is no-one as adept at recreating the classic sound of modernity as Geoff Barrow, chief architect of Portishead and, since 2009, motorik side-project Beak> – essentially Portishead purged of complications for the ultimate modernist sound. Teaming up again with Invada regulars bassist Billy Fuller and synths/guitarist Matt Wilkinson, after 20 years practice it’s with Beak> that Barrows has finally perfected the 1973 look, and all the philosophical iconography of post’68 thinking.

Divested of their debut’s fanciful post-rock elements the leaner, faster, harder, crueler, cruder and more efficient >> is truly the stuff of infinite forward momentum, with the eternal motorik bop as the pulse of modern progress. But if to Kraftwerk technology was freedom, on >> progress is our jailor, our ticket into Weber’s iron cage of rational, while post-enlightenment consciousness is a brain disorder trapping us in atomised isolation – in the mind – with the chief inmate >>’s unnamed vocalist. Choking in electronic and guitar dissonance, >>’s grid-like, recursive thrust is the sound of technocratic advancement and the resultant nightmare, as the West evolves from planned empowerment to institutionalised anarchy, a “meticulous chaos” as NME‘s Ian Penman described This Heat’s music. Primal but denatured, >> leaves you feeling wired, lethal and focused; dehumanized.

Jean Baudrilliard defined nihilism when he wrote “all that remains is the fascination for the very operation of the system that annihilates us.” Although kosmische took inspiration from the sensation of speed (and footy as was later revealed), geometrical and schematic it was also the first to invoke the idea of systems: labyrinthine bureaucracies, hyper-advanced economies, algorithms, vast reams of numbers. What Beak> are at their core is an expression of the madness innate in the cult of rationale. Opener ‘The Gaul’ is the sound of pure logic propelling us towards cataclysm. The tech-noir synths are absurdist, carnivalesque, bleeping through circuitry and space heartlessly and heedlessly, while the down-tuned, distorted back-section rumbles forward implacably like waves of Commie tanks. Or there’s ‘Liar’ with its portentous bass and senseless arpeggios, pitching up madly for the final minute: dangerously accelerating Fordist endeavour and what can only be the sound of the whole ridiculous merry-go-ground spinning off its axis.

‘Liar’ forms the template for >>, with the majority of tracks spiralling upwards in panic, before further escalating into instability. By the ’70s there was the feeling that we are losing control of the systems and structures, the networks and innovations we designed to make us superhuman. By the end and ‘Elevator’ – hitherto Beak>’s most electronic and most chaotic track – the vocalist is plated in vocoder and processed through a faltering radio frequency – more man than machine, as it were.

If Drokk’s experiment in film scoring is anything to go by, it’s safe to say Barrows is a movie buff. And invariably his music is cinematic. There’s a variety of precedents to >>’s Derrida-bleak, German expressionist traumnovelle. This Heat’s crying, desolate nuke-mare ‘Hi Baku Syho‘ is a precursor, as is Wendy Carlos’ work on A Clockwork Orange or The Residents’ electro-magnetic ‘The Walrus Hunt’ – i.e the type of soundscape that inhales the paralysed soul of Beth Gibbons on Portishead albums. But primarily on >> the reoccurring sense memory is of an unlikely reference point – Apocalypse Now.

There’s The Doors-ian organ that peppers the lysergic but vaguely militant ‘Wulfstan II’, or the nauseous, strobing fairground evil of the Do Lung Bridge sequence invoked on ‘The Gaul’. But specifically it’s Carmine Coppola’s ‘The Delta‘ that serves as the organizing influence, evinced most overtly on >>’s most spectral track, ‘Ladies Mile’. Driven by ghostly voice-like synths and an analogue beat like a pulsing headache, it’s a flatlining brew of the industrial and occult. By comparison, Portishead’s ‘Threads’ is a walk in the park. If ‘The Delta’ soundtracks Willard’s departure for the jungle’s arterial life-force, and the journey into the self, ‘Ladies Mile’ is a night of existential pain in a concrete desert of the real. It’s only on its less compulsive tracks that >> falters. ‘Egg Dog’ procrastinates in hippy listlessness, all too jam-band/early Pink Floyd to match up to the electric rigor elsewhere on the album. ‘Deserters’, meanwhile, corrupts the album’s kinetic edge with picked guitar and an asinine ‘rawk-out’ coda.

In analysis, Apocalypse Now makes a lot sense here. If The Exorcist reminded us that, for all the narcissistic, apparatus of civilisation, more powerful forces are ready to put us back in our place Icarus-like, Coppola’s Conrad-ian opus hinted that the machinery of progress, and the unnatural doctrine of Liberal Democratic freedom, cannot suppress the bloody primordial evil in us – the demons in our own ‘heart of darkness’. “A spear…” exclaims The Captain, confounded as his world comes face-to-face with pre-civilisation, and a fatal shot to the chest. Culminating in an acid-rock firestorm with the white-noise psyche of ‘Kidney’ – >>’s own metallic version of ‘The End’ – when it’s all over not only do you feel as if you’re still moving on its motorik motion, but also that something is moving inside you. Not a spear, but maybe terror.