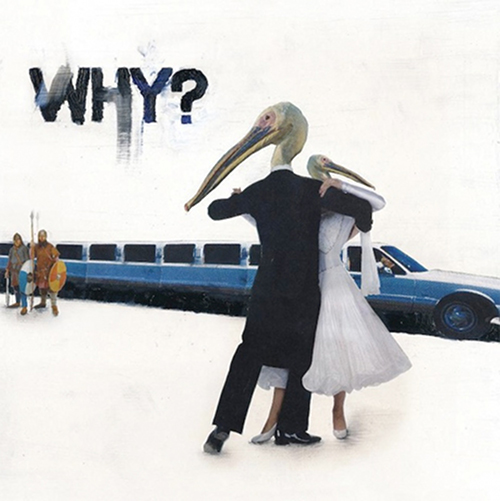 Yoni Wolf’s dynamic indie-rap combo will be baffling and beguiling us all over again later this year.

The former cLOUDDEAD baritone has been toiling away with his one-time side gig since 2003. Originally a solo project, Wolf clubbed up with his brother Josiah, Doug McDiarmid and Matt Meldon around 2005 and turned Why? into a full-blown band project. The Californian outfit specialise in slanted indie-rock, offset by Wolf’s mumbled prognostications and gnomic patter. When the combination works, as on 2008’s peerless Alopecia, it really works.

Exclaim report that the band now have a new six-track EP on the way. In keeping with their predilection for nifty album titles, the disc will called Sod In The Seed. Interestingly, the EP will feature orchestral instrumentation including a choir. We can also allegedly look forward to “psych-warped sunshine choruses, folksy jangle, internally knotted rhyme schemes, confessionals cut with wry wit and crude details.” – which, on the whole, sounds very Why? indeed. The Wolf brothers producers the record themselves. The title track is available to stream below.

An album is also in the works: data is scarce, but the album is expected to arrive in Autumn. Said record would be the band’s fifth LP, and the first since 2009’s rap-lite Eskimo Snow. The band’s forthcoming European tour dates are also below.