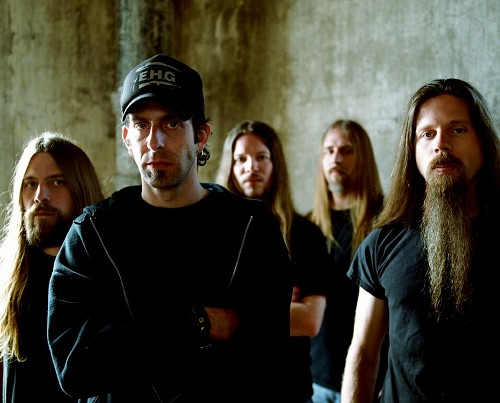 Randy Blythe, the singer in metal giants Lamb of God, has been arrested, accused of the manslaughter of a fan.

WTVR report that Blythe, 41, was arrested when the band played in Prague last night. The manslaughter in question occured on May 24, 2010 at a past Prague show, when the victim died of a injury following a fall from the stage. WTVR‘s report claimed that the incident involved a strike, or a fight, but Lamb of God’s management have come forward to explain that “no formal charges have yet been made”, and that “the case is only in the investigation stages.”

“Under no circumstances was there a fight of any kind involved”, their statement continued. “This incident deals with a fan that three times during a concert jumped the barricade and rushed Randy during the performance. It is alleged that the third time, security was not able to reach him and that Randy pushed him back into the audience where supposedly he fell and hit his head.” Lamb of God will make a full, presumably more detailed official statement on Monday.

Lamb of God’s publicists have also stated that Blythe was “wrongly accused, lawyers are dealing with it, and we expect him to be fully exonerated”.