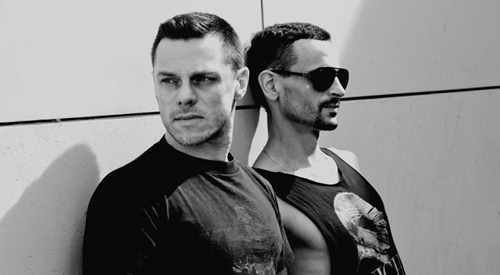 Ostgut Ton’s Barker and Baumecker (a.k.a. nd_baumecker) will release their first collaborative album for the label, Transsektoral.

The Berlin label’s aesthetic may be generally viewed as being on the darker side of the techno spectrum, but the press release for Transsektoral – a reference to the duo’s ambitions to travel “across the entire spectrum of electronic music” – promises unraveled happy hardcore, bouncy house and pumping grooves. Which sounds pretty good to us, if we’re honest. We could do with a new gym soundtrack.

You can stream an outtake from Transsektoral, ‘Analogical’, below. It starts off sounding quite obviously Berghain, with a touch of Regis in its distorted, subtle swing, but come the track’s close, those drums are almost entirely submerged in oscillating synths – as lush as they are distorted.