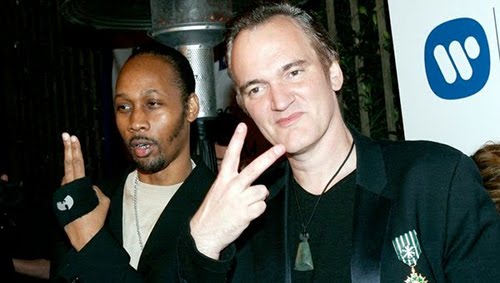 More information has emerged about The Man With The Iron Fists, the gory directorial debut from Wu-Tang Clan’s The RZA.

Produced by Quentin Tarantino with a $20m budget and some serious star heft, the film looks like it might be more than just your typical W.E.-grade flop. In an interview with Variety, RZA has now announced that he’ll also be responsible for the film’s score. Rather tantalisingly, RZA describes the work as “Morricone meets RZA”.

Although it wasn’t his original intention to work on the OST, he was persuaded to do so by Tarantino. The results, produced in collaboration with Howard Drossin, are reportedly very synth-focused: as he says, “We took months and five or six different computers, about seven or eight keyboards, and we emulated an orchestra. That to me is a special catch to this film: It sounds like we went and hired a big 80-piece orchestra, which we’d done in movies in the past. But we actually did this score electronically. We talked about this with the producers, [and said] ‘This may change the game a little bit.”

RZA revealed that the soundtrack will also include material from Kanye West, The Black Keys, Wiz Khalifa and, naturally, Wu-Tang Clan. Talking about taking on the role of composer, RZA said: I think actually it was a wise idea because really, at the end of the day, who would understand these characters more than me?” [via Exclaim]

For those more interested in thrills visual, the full trailer for the film has also now emerged. Lucy Liu looks like she’s in full villain mode, and Russell Crowe’s corny lines are outmatched only by his despicable beard. The slogan – “They put the F-U in Kung Fu” – probably tells you everything you need to know. Click below to watch.