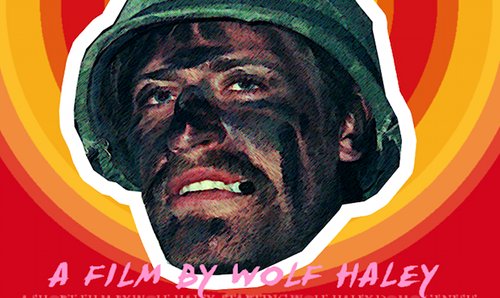 Rather pleasingly, the video for OF Tape Vol. 2 cut ‘Sam Is Dead’ breaks the recent trend. In the short, Tyler and co attempt to make their own Vietnam epic. The results are more Rushmore than Platoon, but compared to their earlier excursions into realms scatological, ‘Sam Is Dead’ is well drawn and well shot.

You get The Deer Hunter allusions, talking cadavers, and Tyler in full Idi Amin regalia. The track itself is fairly demure; production-wise at least, it’s a throwback to the twinkly, no-fuss productions found on Tyler’s breakthrough Bastard tape. Most of the OF gang pop up, but Earl Sweatshirt and Lucas Vercetti look daftest kitted out in camouflage gear. [via Pitchfork]