Can you feel it? Dance music and hearing loss 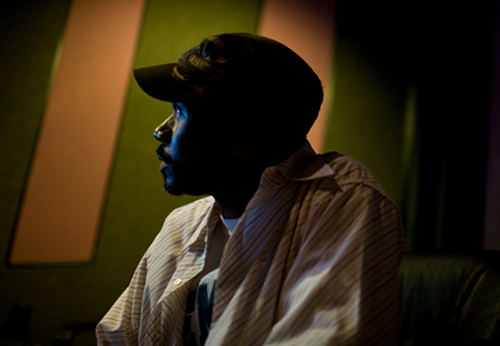 The reason? His ears. Heard, now in his early 50s, apparently began to notice a dip in the high frequency range of his hearing three or four years ago – a threat to his ability to DJ in clubs, but also to his ability to produce or enjoy any music at all. As a result, he’ll no longer be DJing in live settings – not even for special one-off events – as the risk of “dire repercussions” is too great.


It’s a familiar scenario: falling into bed at silly o’clock on a Sunday morning, eagerly anticipating the descent into oblivion, only for the uncanny hum of tinnitus to rear up from the recesses of your brain.

Of course, we all know that loud music in clubs – whether you’re mixing it or dancing to it – is far from kind on the ears. It’s a familiar scenario: falling into bed at silly o’clock on a Sunday morning, eagerly anticipating the descent into oblivion, only for the uncanny hum of tinnitus to rear up from the recesses of your brain. Even if you manage to avoid the pesky whine, there’s often a slight dullness to sound – a feeling as if cotton wool has been stuffed in your ears – for a day or two afterwards. We all accept this as a natural byproduct of a good night out, along with the furry tongue and the blood-red headache. But I wonder how many people understand the full implications of these subtle biological warning signs?

According to British charity Action On Hearing Loss, lengthy exposure to any sound over about 85dB(A) (Decibels) – roughly the volume of someone shouting – will cause damage to your hearing, although sound only starts to get painful for most people at around 140dB(A) [read the full report here]. A club soundystem – assuming you’ve got a halfway decent one on your hands – operates well in excess of 100dB(A) (a nearby pneumatic drill clocks in at around 110). Protracted exposure to these high volumes causes damage to the tiny hairs in the inner ear that convert vibrations in the air into auditory signals; once these hairs are damaged they can’t be replaced, and there’s no known cure for tinnitus or hearing loss of this kind. Broadly speaking, if you’re still hearing the effects of a night out more than two days after the fact, you’ve got permanent damage on your hands. This damage might not be immediately apparent but, piled on top of the natural deterioration in hearing that comes with old age, it’s likely to lead to serious problems in later life. In fact, sadly, it’s probably too late for Larry Heard to reverse the decline of his hearing; what he’s experiencing now is likely the cumulative effect of decades of excess.


There’s no known cure for tinnitus or hearing loss of this kind. If you’re still hearing the effects of a night out more than two days after the fact, you’ve got permanent damage on your hands. 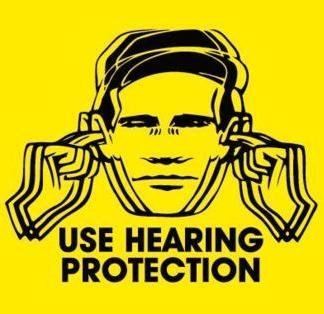 I say all this not to scaremonger, so much as point out some basic facts that seem to evade most of the club-going public. In 2005/06, Action On Hearing Loss carried out a study on the effects of loud music on young people (aged 16-30) in the UK. They found that 56% of respondents went to clubs at least once or twice a month, and 70% had experienced ringing in the ears or dull hearing after a night out – yet only 16% “sometimes worried about losing their hearing”. This carefree attitude can at least partly be attributed to a lack of awareness – 58% of respondents didn’t think their auditory hangover was a warning sign of permanent damage, filling the educational vacuum around the subject with their own misguided assumptions about how hearing works.

Of course, indifference to long-term repercussions is also hardwired into the brains of most people under the age of 25: we drink, smoke and take drugs, pay regular visits to Morley’s and tend to sidestep mundane inconveniences like vegetables and sleep where possible. But beyond that, an ethos of pleasure-fulfillment and a singular focus on the present moment is deeply engrained in dance music culture, and shouldn’t simply be dismissed off-hand through the quasi-puritanical rhetoric sometimes employed by health campaigners. 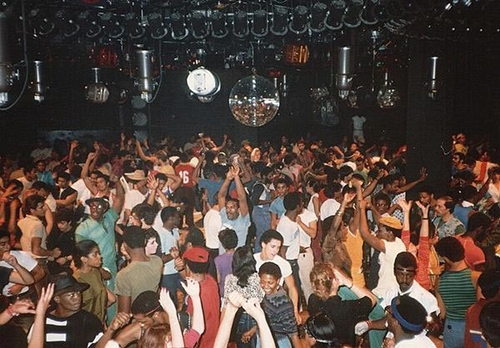 Dance music’s deployment of eardrum-shatteringly loud volumes can be traced back to the late 70s and New York’s Paradise Garage. Where David Mancuso’s Loft parties – essentially the cradle of dance music civilisation – were built on a philosophy of sonic purity and clarity, using a soundsystem akin to a scaled-up hi-fi, the next generation of DJs, promoters and dancers wanted to push things further. Richard Long’s system in the Garage was legendarily, overpoweringly loud, enabling DJ Larry Levan to overwhelm the crowd with his selections, creating ecstatic collective states where the physical, visceral force of sound was an essential ingredient.


Dance music’s deployment of eardrum-shatteringly loud volumes can be traced back to the late 70s and New York’s Paradise Garage.

Some dancers reported that, after visiting the Garage a few times, the Loft system sounded muted by comparison – quite possibly because Long’s system had already begun to dull their hearing. Of course, this kind of approach can have an inflationary effect as clubs and soundsystem designers attempt to outdo each other – and it’s clearly the Garage’s model, rather than the Loft’s, that has prevailed into the 21st century. But the enjoyment of extreme volumes can also be seen as a natural response to the spiralling noise pollution of the contemporary metropolis, where even going to work has the potential to deafen you and spaces of self-determination and collectivity have to be staked out with ever-greater force.

Still, this isn’t adequate cause for a generation of young people to deafen themselves. As dance music enters its middle age, and is seen less as the preserve of the young so much as a legitimate life choice, its effects on hearing will only become more difficult to ignore. Some of Action On Hearing Loss’s suggestions – for the government to instate a “recommended noise exposure level”, for example – feel like an impingement on dance music’s core values, and I personally would struggle to get behind them. Earplugs are an obvious solution, if you can get over the un-coolness of them (29% of respondents in that study said they wouldn’t wear them because “they look silly”), but cheap ‘plugs tend to make things sound muffled or indistinct, removing a lot of what makes hearing music over a big rig such a pleasurable experience in the first place.

There is a solution, but it’s expensive: custom-moulded earplugs with precision-engineered filters, designed to reduce the volume of sound but retain its clarity, softening that painful hi-end without affecting the lower frequencies that quicken the heartbeat and get the feet moving. I’ve had a pair for several years now and, aside from the perpetual fear of losing them (they cost a good 150 quid), they’ve made going out an infinitely more relaxed and enjoyable experience. Yes, the outlay is considerable, but when you find yourself drifting off to the tentative beginnings of the dawn chorus rather than the sterile hum of your own mechanisms, it seems like a small price to pay.