Konx-Om-Pax: “Bullshit doesn’t get you far.”

Tom Scholefield talks life on the margins, getting bottled and the enduring power of Boards Of Canada. 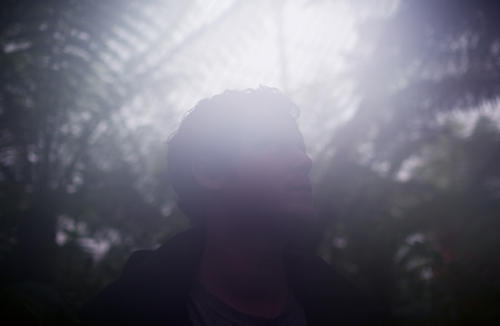 July 23 sees the release of Regional Surrealism, the debut album proper by Konx-Om-Pax.

Konx – real name Tom Scholefield – is one of the busiest men in Glasgow. As well as being an electronic musician of considerable poise and originality, he’s also a hugely respected graphic artist, sleeve designer and 3D film director, and has lent his services to the likes of Hudson Mohawke, Mogwai, Rustie, Oneohtrix Point Never and King Midas Sound.

Having impressed with 2010’s Optimo Tracks, released on his own Display Copy label, Scholefield has finally emerged from his home studio with a full-length record for Planet Mu. He cites Arthur Russell, Drexciya and Boards Of Canada as some of his primary inspiration, and it’s certainly not hard to detect their influence on Regional Surrealism. A defiantly odd record, and a distinctly Scottish record, boasting guest contributions from Mogwai’s Stuart Braithwaite and mysterious vocalist Steven Retchard, it is, above all, an absolute delight.

Having long been aware of Konx-Om-Pax’s existence, but uncertain of who he really is and what makes him tick, FACT’s Tim Purdom decided to get in touch and find out.


“People with massive cunty egos tend to get beaten down quite quickly up here. Bullshit doesn’t get you far.” 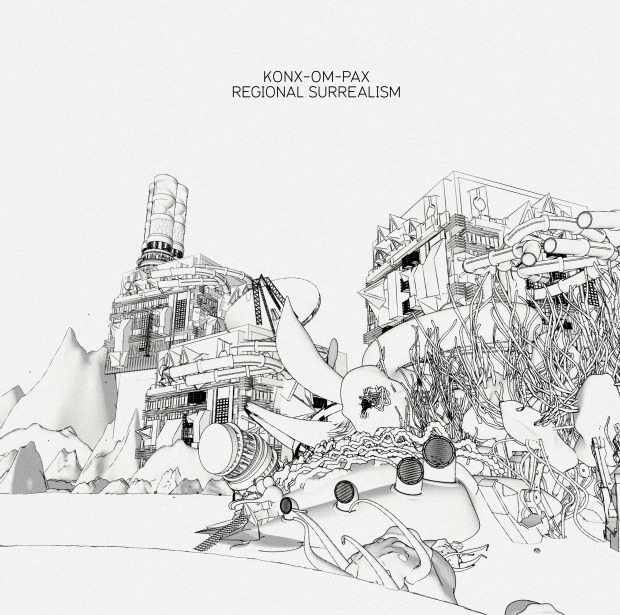 Who or what is Konx-om-Pax?

“It’s the name I go under for DJing, producing and directing. It comes from a classical piece of music by the composer Giacinto Scelsi, it roughly translates as ‘Light In Extension’. I thought that was a rather fitting title because it relates to music and visuals.”

Tell us about your relationship to Glasgow…

“I like Glasgow because its more like a big village…a place where you know everyone, and I like cutting around and bumping into people in the street. Its a fun place to hang out, quite a chilled pace of life if you want it that way. I’m pretty proud of being from the west coast of Scotland and not shy to shout about how cool it is. It’s relatively cheap to live here compared to London, which is like triple the price. I can just afford to live on my own in a flat which is cool…something I can’t imagine being able to do elsewhere at the moment. When I’m in London is does my head in, it’s a total pain in the arse getting anywhere and a bit too full-on, and the southern accents get me down after a while. I always have to have a bunch of Scottish mates around to keep me sane.

“I think the west coast sense of humour and wit is what keeps me going at times. We’re constantly taking the piss out of each other. It’s good in a way, ‘cos it keeps everyone [in the creative scene] quite grounded. People with massive cunty egos tend to get beaten down quite quickly up here. Bullshit doesn’t get you far, most successful folk here put in the effort and rely on hard work and modesty.”


“I’ve always viewed myself as someone on the edges of what’s going on.”

It’s a good environment in which to be an artist then?

“For my own work all I need is a desk and an internet connection. I’ve been lucky that for most of my interesting projects people have approached me from all over the world, but I can work and communicate remotely from Glasgow. A lot of designer and music friends have had to leave Glasgow for financial reasons, but I’ve chosen to stay here for now because it’s allowed me to develop as a creative person at my own pace. I’ve been lucky enough to be able to get by doing what I want without having to take on too many corporate jobs that pay better. Nothing against those sort of bigger jobs but I only like to dip into the wonderful world of advertising or major labels now and again. I’ve had a couple of really shit experiences dealing with less desirable people that pushes me back into the more independent scene. That’s partly why I avoid places like London and stay here – for the time being.” 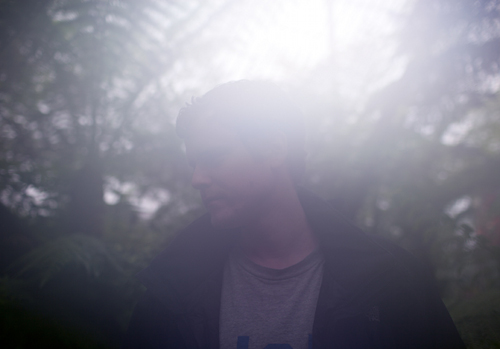 There must be some disadvantages though, right?

“The downside is pretty much the weather.. it’s utter gash most of the time. Glasgow grinds to a stop in the summer if the weather is nice. We spent a whole week in the park having BBQs…I think that was the summer over after that.”

Do you feel part of some kind of Scottish cultural, artistic or even visionary tradition?

“I suppose so, in a way…I’ve never really felt part of a ‘group’ of artists or anything like that. I’ve always viewed myself as someone on the edges of what’s going on because my interests are pretty across the board, I’ve never fully committed to one movement, I’ve been involved with lots of different type of people. I dunno, its a tricky question because I’m stuck in the middle of it all. I’ve been influenced by the people that I hang out with, from the older music types that have been doing stuff from the 90s as well as folk my age that I’ve known since my early 20s.” 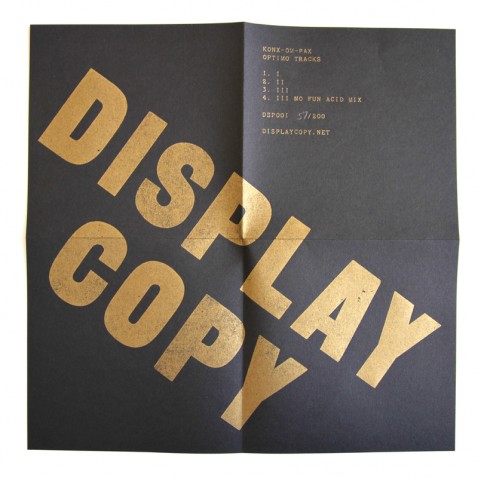 Tell us about Display Copy. Is it still a going concern? Why so long since the first – and only – edition on it?

“It’s on a bit of a holiday at the moment, I released Optimo Tracks then a mini album, Light in Extension, in the last few years. I learned quite quickly that even releasing a limited amount of CDs is a massive effort. Trying to work on animations and releasing music was too much as the animating took up so much of my time. I’ve got some loose plans to release some more stuff soon: Chris (Team Doyobi) and I were chatting about doing some stuff together soon for the label.”

How and in what ways would you say your visual work impacts on your sound work, if at all?

“That’s another tough one for me to answer…the two are quite different in aesthetic for the most part up until the album artwork and video as my visual work is very bright and synthetic. My music is way more earthy and analogue I think. However its all comes from the same place and the two do compliment each other.”


“‘Hurt Face’ was made years ago after a nice young fellow decided to shove a glass bottle of Irn-Bru into my face.”

How did Regional Surrealism actually come into being?

“It was an EP at first…I’d being doing some work for Hyperdub last year and sent it to them but Marcus forwarded It to Mike P who really liked it and asked me to develop it more into an album. Quite an enjoyable process with no real pains at all.”

Is there a specific idea or reference behind the album’s title, Regional Surrealism?

“It comes from the fact that the music is very much inspired by time and place. Everyday events…things that have happened to me and funny situations I’ve gotten into. It’s a way of documenting my experiences in an abstract way. For example ‘Hurt Face’ was made years ago after a nice young fellow decided to shove a glass bottle of Irn-Bru into my face – I needed a bunch of stitches and could have lost my eye. The whole thing really pissed me off, so when I got back from the hospital that night I plugged in my DJ mixer the wrong way to create really nasty feedback loops which I sampled for the piece. It was good way of venting the frustration I had towards the idiot policeman that had the cheek to say, ‘You know you shouldn’t have chased the guy with a golf club after he attacked you…that’s against the law.'” 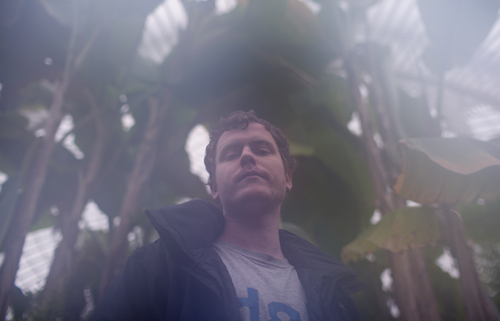 You’ve said before that you create music to “self-medicate”… is it therefore hard to edit and mould your experiments and tinkerings into concise and narratively taut pieces? Or do you work very much with clear objectives in mind?

“For this record I tried to keep my methods as loose as possible…trying not to think too hard about things and create the music very intuitively without any clear final outcomes. I wanted to keep the process simple and fun; some of the tracks where made quite quickly. I see some of the tracks as quick fixes to cheer myself up – I like being able to producing something quick that I can listen to for ages on loop. ‘Let’s Go Swimming’ is a good example. I sampled the melody from a story tape I had as a child – I think that’s why I love Boards Of Canada so much, it’s very similar . It’s been stuck in my head since I was 3, I slowed it down loads and added my own synth bassline. I seriously could listen to that track on loop forever.”


“I see some of the tracks as quick fixes to cheer myself up.”

What do you compose your music with? How would you say your technique or approach has developed over time?

“I just use what I have around me at the time, it’s fairly loose. My techniques have got simpler over time in terms of composition, but I’m getting back into more detailed production methods.” 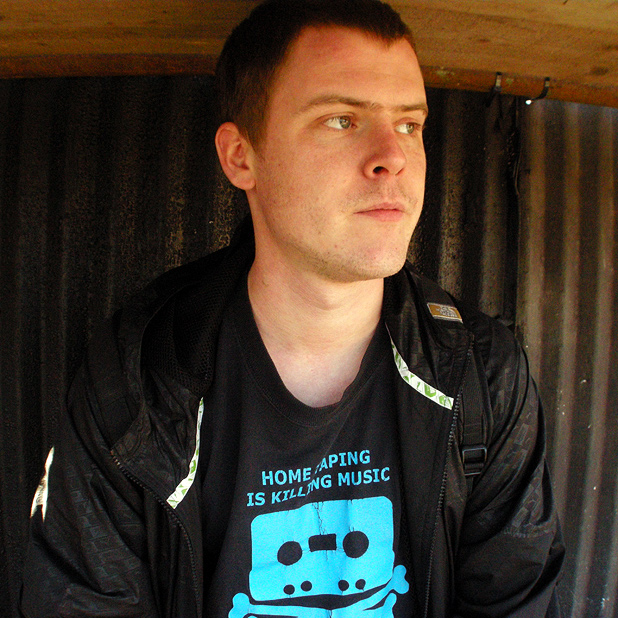 Are there any particular external influences – artists, ideas, facts, natural phenomena, whatever – that informed the album?

“Fucking tonnes…but I’ll only list a few of the more relative ones that influenced the compiling of the record. Music-wise there are a few albums that I saw as templates to take inspiration from: Arthur Russell’s World of Echo, for its sheer opium-like lushness; Boards of Canada’s Music Has The Right To Children, because to me it’s the sound of the Scottish countryside, it reminds me of travelling though the Grampian Mountains to visit my family up north; Zoviet France’s Mohnomishe, as it’s got such a beautiful fuzzy ecstasy to it; Drexciya’s Neptune’s Lair for the aquatic, bottom-of-the-sea vibe that I love so much.

“Film also played quite an important part…Herzog’s Aguirre soundtrack by Popol Vuh. I love the choir pads. The themes of water and reflections as a form of communicating alternative realities that Andrei Tarkovsky touches on in his films were also key.”

Can you tell us about Steven Retchard [who contributes to the album]?

“Not really, I’ve never met him. I discovered his music on MySpace years ago under his City Scum Shot alias. He’d made pretty much the most disturbing spoken word tape music I’ve ever heard, really fucking weird, so I got in touch. The piece that he worked on is a homage to a Current 93 track that Nick Cave talks over.

What are your hopes for Konx-Om-Pax going forward? Where do you see things heading?

“I’m planning on directing a short film based on the music from the album, we’ll see what happens with that real soon. I’m really looking forward to it.”