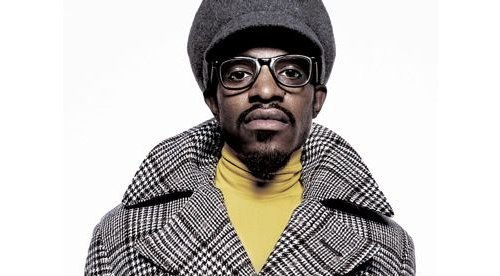 Here’s a puzzle: how do you make a Jimi Hendrix biopic if you don’t have the rights to any of his material?

It’s a problem that’s dogged the team behind All Is By My Side, Andre 3000’s forthcoming Jimi Hendrix biopic. Hendrix’s estate refused to play ball with the shoot, reminding the production company that “no such film, were it to include original music or copyrights created by Jimi Hendrix, can be undertaken without its full participation”

As Pitchfork report, the team behind the film have now cooked up an intriguing solution. The OST will feature Andre covering songs that Hendrix himself covered during his early career. Tracks in the frame to get 3000’d are The Beatles’ ‘Sgt. Pepper’s Lonely Hearts Club Band’, Muddy Waters’ ‘Mannish Boy’, Elmore James’ ‘Bleeding Heart’ and Chip Taylor’s ‘Wild Thing’. Leiber and Stoller’s ‘Hound Dog’ and Curtis Knight and the Squires’ ‘Future Trip’ and ‘Driving South’ will also get revamped. Clever work, boys.

All Is By My Side follows Hendrix’s stint on UK shores from 1966-7, when he laid down classic album Are You Experienced. Shooting is currently underway, with a Sundance 2013 premiere pencilled into the diary.