Coachella may leave Indio; organisers muse on taking 2014 out 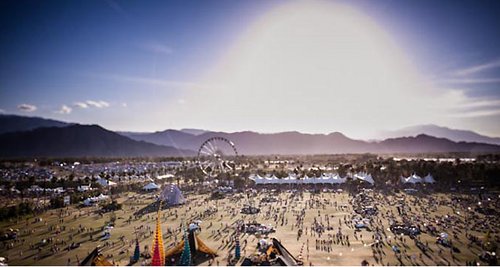 West Coast festival Coachella may be looking for a new home in 2014. Or simply taking a year out.

Festival mastermind Paul Tollett, in an interview with The Desert Sun [via Billboard], explained that a potential admissions tax on entertainment events in the area (declined in June, but with another vote potentially taking place in November) would cause the festival – as well as its sister fest Stagecoach – to leave its long-term location at the Empire Polo Club, as ticket prices would have to be raised by $36.

“If the tax initiative of putting $4 million to $6 million onto Coachella gets on the ballot,” Tollett claimed, “we’re going to take off 2014; 2015 we’ll be at a new facility outside of Indio.”

It marks a significant change from the festival’s situation in March, where Tollett’s Goldenvoice tried to buy the land surrounding the club. “We think this tax is outrageous for all the things we’ve done with Indio,” Tollett continued, with Goldenvoice citing the millions of dollars of taxable revenue the festival generates each year. This year’s Coachella saw the festival expand to two weekends, with performances coming from Dr. Dre and Snoop Dogg (plus that Tupac hologram), Frank Ocean, Jeff Mangum, Radiohead and more.