Excepter head to Europe for string of live dates 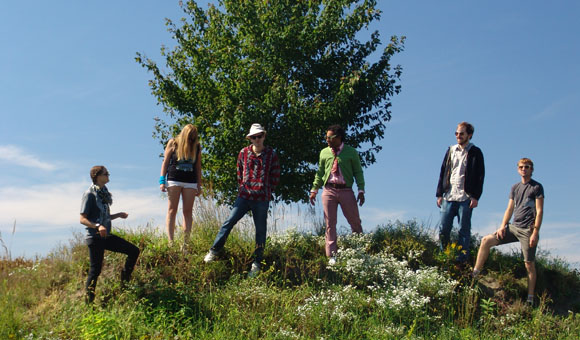 This is their first group tour on this continent since the tragic and untimely death of band member Clare Amory in February of last year. They’re playing the shows en route to Studio Faust in Prague, where they’ll be recording a new album slated for release in Spring 2013. Before then, Blast First Petite will release an Excepter CD box set called Streams 2, which covers their work from 2007-2009 – more information about that when we have it.

After a show at 285 Kent in their hometown of New York on July 9, Excepter will touch down in Paris on July 12 to play Instant Chavires, then on to Amsterdam’s OCCII (July 13), Berlin’s CTM festival (14) and Kutna Hora’s Creepy Teepee Festival (15).

After a short break, they’ll be in London for a performance at Cafe Oto – people who buy tickets for this show will also gain automatic entry to Excepter leader John Fell Ryan’s “experimental simulcast soundtracking” of Kubrick’s The Shining on July 25 (venue TBA) and a group improv set on July 26 at Rough Trade East using the in-house Schneiders Buro synth test station.

Then it’s on to Denmark for an appearance at Denmark’s Sejero Festival (August 3-4).