The best press release of 2012 is here: Coil’s Sleazy and more contribute to Tighten that Muscle Ring! 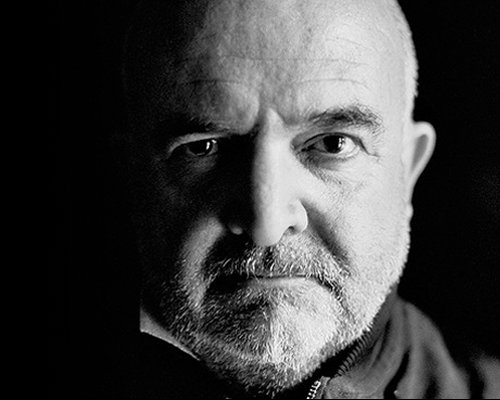 Coil’s Peter ‘Sleazy’ Christopherson [above] has contributed to a new album by Hirsute Pursuit.

We’d like to say that we’re aware of this because we’re incredibly up on the posthumous moments of Coil and Throbbing Gristle members (Christopherson sadly died last year). Instead, it’s because we were forwarded the press release, and it’s simply the best thing you’ll read all day. Frankly, we don’t even know if the Christopherson claims are true – we hope they are though. Tighten that Muscle Ring (what a title!) not only includes two tracks apparently composed and written by Christopherson, but the infamous Boyd ‘NON’ Rice covering David Bowie’s ‘Boys Keep on Swinging’ – video of which is embedded below. You can stream ‘One Sleazy Night in New Orleans’ – one of the Sleazy collabs – here.

The press release reads as follows:

“The music is real. The sex is real. 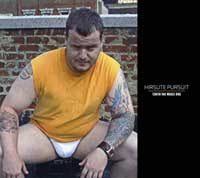 “After starting with a MySpace page Hirsute Pursuit has become THE MOST PLAYED GAY MUSIC ON MYSPACE. Typical letters from fans tell Harley that after listening to his music, they HAD to go “get off”. While fans have been pleading for photos, Harley refuses to give in. Understanding the restraints of reality, Harley remains in the shadows, making Hirsute Pursuit the ultimate in musical fantasy.

“Without any publicity or releases, Hirsute Pursuit has had over 140,000 plays in less than a year! Drawing fans from all musical genres, including House, Country, Rock, Hip Hop, etc. Primarily attracting a gay audience, recent fans also include female dominatrixes, middle-class housewives and straight guys (as is evidenced in the video, Boys Keep Swinging featuring Boyd Rice and James Pope, both straight). The raw sensuality has now crossed over into the heterosexual domain.

“This is music you can fuck to, as well as bump and grind.”