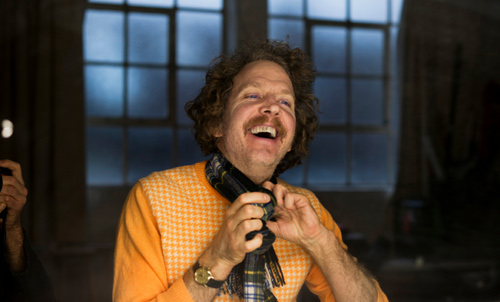 It’s not every day you get a Turner Prize-winning artist delivering a mix for your website, but here you are: a mix, for FACT, by Martin Creed.

Creed won the Turner Prize in 2001 for the infamous Work No. 227: the lights going on and off, effectively an empty room in which the lights went on and off. He may have exhibited throughout the world, but music has always been Creed’s first love: his band, Owada, released albums long before Creed won a Turner, and he continues to record and play live, this year releasing his first solo album through Moshi Moshi / The Vinyl Factory. A hand-painted special edition of the album is still available here.