Instra:mental to release one more single, then the group is “finished” 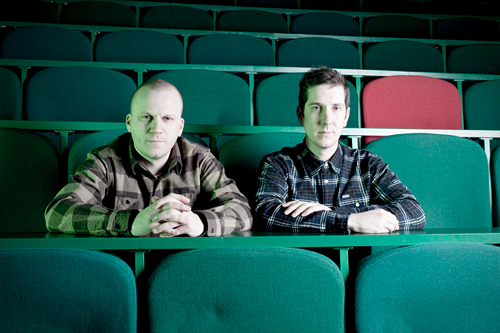 Drum’n’bass innovators Instra:mental haven’t released a single together since last year, and now it seems the group is officially over.

In a new interview with Resident Advisor, the group’s Al ‘Boddika’ Green [above, left] explains that Instra:mental’s “done. That’s finished. Although, there’s a release coming out—I will say no more than that. One more Instra:mental release; very much Autonomic. It’s a beauty that should’ve come out a long time ago. But that’s going to be happening at some point this year.” He then goes on to reveal that he’s now solely running Nonplus+, Instra:mental’s label, by himself.

Instra:mental were one of contemporary drum’n’bass’s most unique acts, together with dBridge pushing the “Autonomic” sound – a slippery form of drum’n’bass that owed as much to Autechre and Drexciya as it did Randall. After 2009’s stunning ‘Watching You’, they retreated from that sound and experimented with techno and electro, on both a full-length album and singles for labels like Apple Pips and 3024.

They’ve both been most busy of late, however, when working solo: Boddika has released consistently on Loefah’s Swamp81 label and collaborated with Joy Orbison on a series of singles, while Damon Kirkham has been releasing under the name Jon Convex, with debut album Idoru‘s release imminent.

For a taste of how that farewell single might sound, stream the Autonomic classic ‘Watching You’ below.