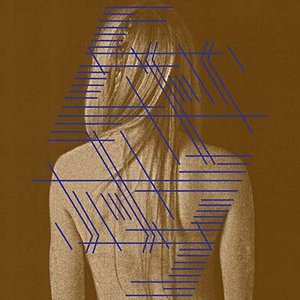 The problem with noise culture is one of profligacy. Invariably self-releasing or through independent labels operated by close friends, and more often that not favouring cheaply reproducible formats (CD-R, cassette), noise artists pride themselves on their productivity, on really pumping it out.  In many ways it’s a more honest, and more fruitful, way of building up a body of work, and of developing an artistic identity: each release is less a grievously studied opus in the rock tradition, and more like a diary entry, a snapshot of where the artist is currently at. But the disadvantage is obvious: the more records there are, the more interchangeable and ephemeral each one can seem.

I’m not sure Luke Younger, aka Helm, would describe himself as a noise artist, but that’s the scene in which he’s been most active, and which in turn has nurtured him. Still a young man, he’s nonetheless a veteran by most people’s standards – his first notable sub-cultural contributions date back to 2005, when he emerged as one half of drone duo Birds Of Delay, a project that has been put on hiatus, if not conclusively retired. His partner in BoD, Steven Warwick, is currently exploring swollen house and disco tropes under his Heatsick guise, while as Helm, Younger has aligned himself more closely with the industrial tradition that is the bedrock of contemporary noise.

The CD-Rs, tapes and LPs that I’ve heard from Helm in the past half-decade have all had possessed a poise and stylishness that sets them apart, but recently he seems to have been gesturing towards something bigger, perhaps even threatening to become an artist whose fanbase consists of more than the tape-fetishing man-children who think Gary Mundy is God. Last year’s Cryptography LP on Graham Lambkin’s Kye imprint had an impressive density to it, though its narrative lacked shape – perhaps the reason why I’ve not returned to it much in the intervening months. Impossible Symmetry, by contrast, feels like something generally foreign to noise culture: A Proper Album.

There are some formal differences to his previous LPs: this is the first one to be based on ideas generated in the context of live performance, though it sounds also like the most diligently, most meticulously post-produced record he’s made: there’s a depth and clarity to the sound design that’s undoubtedly newfound. ‘Miniatures’ is a commanding opener: its sepulchral ambience first disturbed and then torn open by portentous drones and clusters of prickly electronics that summon the gnostic circuit-bending of Coil and Cyclobe. Rhythm has always been, at best, a peripheral consideration for Helm, but on ‘Liskojen yo’ it’s a driving force, conspiring with an oily bassline, solemn bell-tones and blood-curdling whines to affect something approaching a groove – the combination of horror movie atmospherics and an air of vague religiosity reminds me of SPK’s later work, but Younger is more subtle. ‘Arcane Matters’ brings to mind the undulating noisescapes of Prurient’s Pleasure Ground, while ‘Stained Glass Electric’ seems to owe a debt, right down to its title, to the very British necromanticism of Eric Zann’s Ourobindas and Jon Brooks’ Music For Thomas Carnacki. Impossible Symmetry is a work of urbane psychedelia that channels the occult without recourse to cliche; moreover, it feels like an important work, both within the Younger canon, and without.