Chuck D weighs in on Frank Ocean’s “coming out” 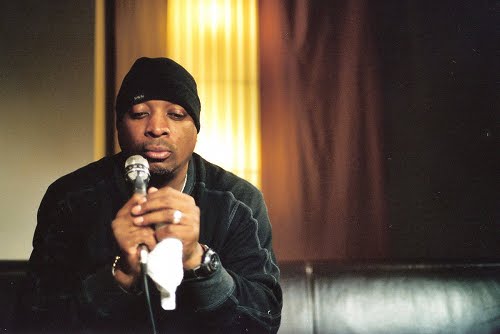 Following on from Russell Simmons’ declaration of support, Public Enemy firebrand Chuck D has thrown in his two pennies worth on Frank Ocean’s internet-shaking blog post about his sexuality.

The results are as you might expect – considered and polemical in equal measure. Speaking to NME, Chuck D applauded the singer, but suggested his statement hardly represents a new dawn, arguing that Ocean isn’t really a part of the hip-hop fraternity: “I’ve always thought of Frank Ocean as an R&B singer… When people say that this is a hip-hop first, it’s not really because he’s not a straight rapper – no pun intended. He may be part of Odd Future, but he’s a singer.”

He then went on to stress that Ocean’s gesture only serves to highlight how unlikely it is that a full-blown rapper would take a similar step. “I commend Frank Ocean for coming out and saying it, but it’s not a first because there’s plenty of black male gay singers. Even when they don’t admit it, you kind of know. If you heard somebody like… I don’t want to say a name, because people will talk… but like somebody in the Wu-Tang Clan or something, if they came out then that would be groundbreaking. That would be totally challenging.”

Chuck D goes on to say that, having outed himself to some degree, Ocean now needs to have the confidence not to renege on who he is. “My thing is that there are so many people who are fronting not to be themselves. The whole key is that whatever Frank Ocean said, at least he was being real with it. The next thing is to sing about it. Write songs about it. Don’t say ‘OK, this is who I am but I’m going to sing about something else’. That’s the challenge.”