Party with French Montana and friends in the ‘Pop That’ video 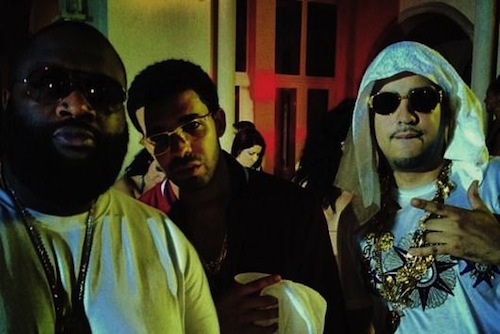 French Montana’s video for ‘Pop That’ is a Ciroc commercial with an all-star cast – in a good way.

Sampling 2 Live Crew’s classic ‘Pop That Pussy,’ ‘Pop That’ updates Miami bass with the du jour sounds of trap rap. Similarly, the clip is a modern version of all those 90s pool party videos: plenty of video girls in bikinis wielding Super Soakers and the type of conspicuous consumption only found in hip hop, like a Moët hookah.

Predictably, French Montana is outshone on his own track by Drake, Rick Ross, and (a skateboarding) Lil Wayne. Still, you have to appreciate Bad Boy’s Ciroc synergy.