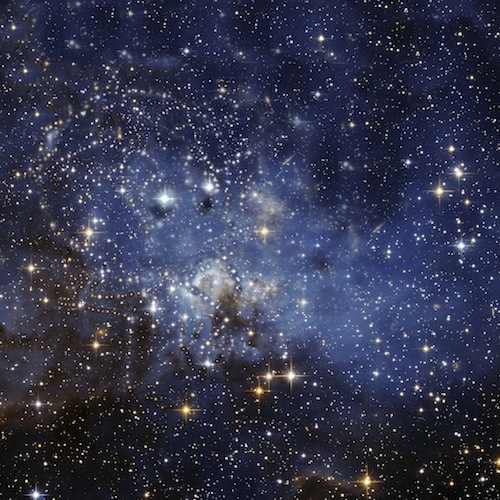 As far as titles go, Supreme Cuts couldn’t have been more explicit than with Whispers in the Dark.

The Chicago duo of Mike Perry and Austin Keultjes epitomizes the dragged out, post-everything landscape that combines R&B and hip hop with left-field electronic explorations. How else could you classify a team that produces for cloud rap prodigy Haleek Maul and then officially remixes Maroon 5?

Their debut LP picks up where last year’s standout Trouble left off, with footwork-inflected percussion cascading into reverb-heavy atmospherics. While the music is being described and marketed as either enhancing or simulating drug experiences, it’s equally suited for intense meditation and star gazing (as the cover suggests).

Whispers in the Dark is due out on July 10 on Dovecote Records, but can be streamed it in full now.