Azealia Banks keeps it aquatic with Shystie and Ikonika on ‘Neptune’ 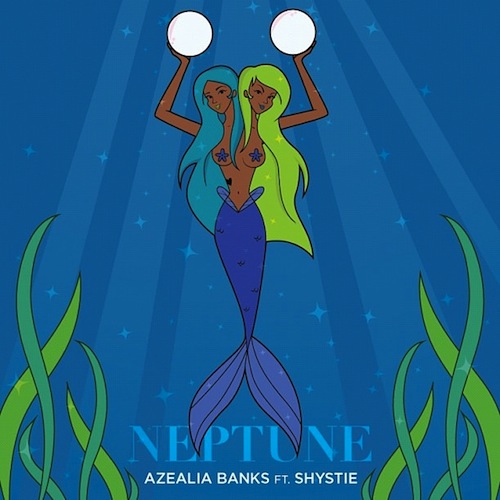 As anticipation for her Fantasea mixtape builds, Azealia Banks releases another track from the tape.

Following last week’s ‘Nathan,’ Banks turns in another collaboration, albeit one with a midtempo, bubbling feel. (Update: the backing track is a re-working of Ikonika’s ‘Heston.’)

‘Neptune’ features grime star Shystie, whose rapid-fire delivery is the perfect complement to that of Banks; she even works in a reference to Banks’ ‘Liquorice.’ For her part, Banks croons the chorus from what sounds like 20,000 leagues under the sea, perfect for the mermaid-adorned mixtape.

The oft-delayed Fantasea could be released as soon as tomorrow, according to speculation by Pitchfork.