Submerse on J-pop, bringing garage to Apollo and Tokyo’s “so much of everything”

Compared to Flylo and Rustie, in whose wake he’s emerged, Submerse is one of the less garlanded of the so-called ‘Midi-maximalists’. But since bidding farewell to the string-laden gloam of his widescreen garage (as well the other half dozen or so sub-genres he’s tried his hand at) Rob Orme has stood out from the super-layering […] 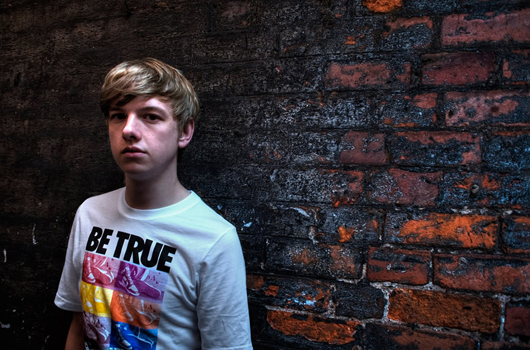 Compared to Flylo and Rustie, in whose wake he’s emerged, Submerse is one of the less garlanded of the so-called ‘Midi-maximalists’.

But since bidding farewell to the string-laden gloam of his widescreen garage (as well the other half dozen or so sub-genres he’s tried his hand at) Rob Orme has stood out from the super-layering masses and become one of the quasi-movement’s most vibrant practitioners, carving out a distinctive furrow of meta-pop kitsch and UK ‘nuum, one simultaneously reminiscent of Japanese culture’s fixation with childhood and the air of de-sexualised innocence that characterized early 2-step.

If his brethren use the unlimited possibilities of digi-kit for displays of grandstanding musicianship, then the Runcorn-born producer gives form to the impossible soundscapes and sensory shower that surround him in his adopted hometown of Tokyo; a world where what Orme calls the “so much of everything” buzzes from an urbane miasma of MDNA-fuelled strawberry kisses, neon sweetness and all-night adventures in a metropolis like no other on earth. An alien planet by any other name.

Loquacious, excitable, bright as a button and a sponge-like culture-glutton, it’s almost immediately apparent that the liquid, hyper-tactile aether of spangled, globular textures that characterizes songs like ‘Bubblin’ ‘Cream Soda’ ‘Tears’ and ‘Stars’ is merely an extension of Orme’s over-stimulated headspace.

It’s not for nothing that, while Rustie can only make reference to Japanese culture, Orme upped and moved there. What the listener gets is an unmediated, firsthand account of life in 21st century Tokyo, as Orme’s mind enlarges to accommodate the “so much of everything”. It’s a thrill to think we have front row seats for the journey.


“If it’s July and I’m in the park and I listen to some Sunship then I’ll lose my nut! But when its 4am in the morning and I’m on my own in front of the computer drinking Dr Pepper…” 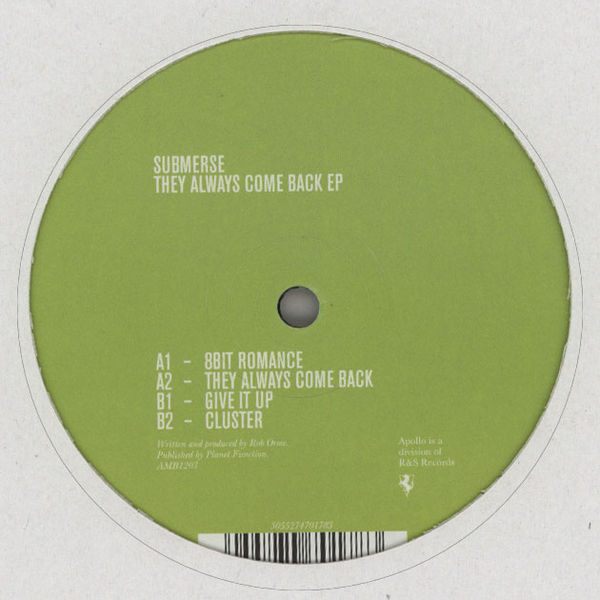 How long have you been living in Tokyo?

“Seven months. I’ll be here for another year until my visa runs out, then I’m heading back to the UK.”

What are your memories of garage as a kid?

“My first memory was buying Shanks & Bigfoot and Artful Dodger CD singles in Asda. ‘Cause I was too young for the whole ‘club scene’ thing and being that I was from the North, where UKG was a smaller affair, all I had really was those super-cheesy music videos and anything I could get off the radio. At first I didn’t even know it was garage. I just thought it was ‘dance music’.”

Would you say it was the ‘feminine’ vocal stuff that first attracted you to garage, rather than the rougher, tougher side of UKG?

“Yeah I, like, loved Sweet Female Attitude! But once I got older and started DJing, I started buying vinyl and using the internet to track things down. So I started getting into dark garage like EL-B, Bias and Steve Gurley. They still had the cheesy vocals but there was also these great dark basslines.” 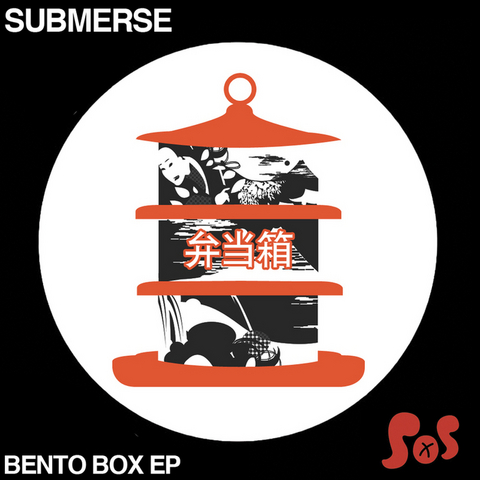 Were there any elements of classic UKG that you wanted to suppress in your own tracks?

“I wanted to stay away from making stuff that was a bit too vocal. And I suppose I’ve never been too into MCs on garage tracks. I also think I’ve stayed away from anything that’s too poppy – too ‘happy’. I really like happy garage but I don’t want my tunes to sound too, like, ‘Ayia Napa 2001’. Don’t get me wrong – if it’s July and I’m in the park and I listen to some Sunship then I’ll lose my nut! But when its 4am in the morning and I’m on my own in front of the computer drinking Dr Pepper…”


“J-pop really sounds nothing like American or British pop music. Like the chord progressions they use…it’s really mysterious music.”

Aside from garage, what sort of music were you into as a kid?

“The first two tapes I ever bought were The Official Power Rangers Soundtrack (ha!) and Beastie Boys’ Ill Communication. Hip-hop was the first thing I was into, actually, until about the age of about 13 when I started getting into Japanese pop music. I loved video games and especially imported games made exclusively for the Japanese market.

“Back then they used to sell separately the soundtracks for Playstation 1 games like Final Fantasy VIII and Dragon Quest. And on every soundtrack they’d always include at last one Japanese pop song from a really big Japanese artist. I loved them so I decided to order some full albums, and they blew me away. J-pop really sounds nothing like American or British pop music. Like the chord progressions they use…it’s really mysterious music. To me j-pop just sounds like underground pop – like exotic. It’s fast and fluent, and sort of removed. I think my favourite ever artist, Japanese or otherwise, is still to this day Utado Hikaru, this female Japanese popstar.” 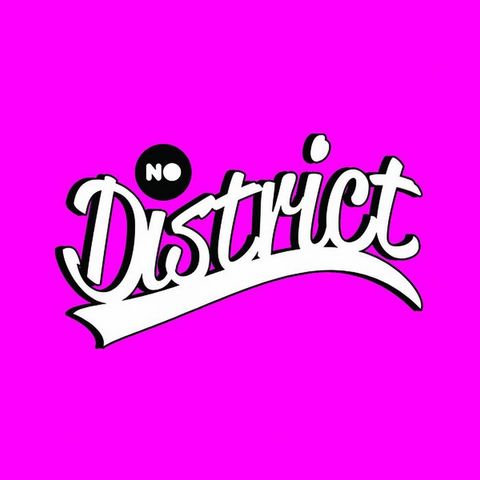 What’s the music scene in Tokyo like at the moment? How does it differ from the Brit scene?

“I can only describe it as more ‘open’. I mean, most nights you go to, the first DJ is playing instrumental hip-hop and the next will be playing hardcore and the next, d’n’b. Which has a way of generating far more sub-genres. There are nights dedicated solely to remixes of anime theme-tunes, in every style from juke to chiptune. Obviously you still get the big mainstream clubs doing nights that cater to house or techno or one specific genre. But the nights in the underground scene place a far higher premium on the DJ, as opposed to the genre, and the crowds those nights are pulling in are ridiculous. I suppose the other main difference compared with the UK scene is that Gameboy chiptune is absolutely massive here, as is wonky LA beat-scene stuff, whereas dubstep isn’t. But, generally speaking, there’s just so much of everything.”

Has Tokyo had a direct impact on your sound?

“Yeah, definitely. At first I didn’t think that it had, but recently I’ve started hearing traces of the city on my songs. Most of all I think I’ve begun to, like, internalize the massive volume of advert jingles Tokyo swamps you with in day-to-day life: adverts you hear out on the street walking or when you get off the train. The city as a whole has definitely had an impact on my two recent EPs, which were made entirely in Japan. Especially the Tears EP on Project Mooncircle. I’ve also got really into doing field recordings over here. I’ve been going out in the middle of the night and recording the sound of trains passing. That’s the sound you hear on ‘Meaningless Moments In Capsules’.”

“Other than that, I feel like I’m being drained of the motivation to write ‘absolute club bangers’ here. Like, nothing’s hyping me up to write something like that at the moment. When I started making garage it was at 140bpm, but I suppose last year’s (128bpm) ‘Bubblin” is the type of thing I want to do in right now. Like, rather than uplifting strings I wanna do flowing pads and minimal blips, but with a garage groove and those core vocals.”

Up to now you’ve split your time between making functional dance music and, on the other hand, making headphone music. Where does you heart lie, you think?

“Definitely headphone music. I mean, the very first kind of music I produced when I was 17 was ‘headphone music’. But even now it’s rare that I sit down to make a track specifically designed for the club, as opposed to a track I’d like to listen to when I’m walking to the shop at 3am or taking a night-time train ride somewhere. I think I’m really influenced by ambient music, and hip-hop stuff like Teebs. And obviously Burial had a massive influence on my early tracks. It’s the way his music is so full of memory – romantic in the nostalgic sense of the word. But more generally, I’ve always wanted to make music that gives you goosebumps. Like Massive Attack’s ‘Teardrop’. That’s the model.”

How did you come to work with Apollo?

“I went from making tracks at 130bpm to working at 90bpm and 170bpm, moving from garage to more ambient stuff. Apollo picked up on the d’n’b stuff like ‘They Always Come Back’ and the crushy digital stuff like ‘8bit Romance’ and dropped me a few e-mails. It’s an absolute pleasure releasing with them, being a massive ambient fan.”

Was there a particular ‘eureka moment’ for you in terms of deciding what direction to take with your sound, one that you might share with other people making contemporary garage?

“In terms of a ‘eureka moment’ it’s gonna have to be Burial. He was everything I’d been waiting for. I mean it was garage but at the same time sounded nothing like garage. He also did all the things I’m into – the cinematic feel, the vocals etc. If you wanna talk about one track in particular, though, I suppose it would be Burial’s ‘Gutted’.”


“I think I’ve begun to internalise the massive volume of advert jingles Tokyo swamps you with in day-to-day life.”

FACT’s reviewer identified a Brainfeeder influence on the Apollo release.

“Yeah, there’s definitely an element of that. I really like the idea of blending garage elements with the emotive, instrumental end of hip hop, or like beat music. Brainfeeder-esque nights are so popular in Tokyo which has had a real impact on me. I’ve been listening to loads of the label’s stuff like Teebs and TOKiMONSTA, which I love ’cause it’s cinematic and kind of ‘twinkly’. It reminds me of the game soundtracks I listened to as a kid. And I suppose because I was a drummer when I was young I love the Brainfeeder beats. I take the absolute most time over drums. I’ll do 15 channels worth of drums. Oh and I fucking love pads. I put pads over everything!”

Any plans for a full-length album?

“For about half a year now I’ve been working on, like, a 2-hour album! Just stacking up loops and drum tracks. I’m aiming to complete it by the end of this year. I want to use the album format to combine all the different styles I’ve ever done. But rather than, like, 16 individual tracks, I want the album to illustrate a connection between them. I want it to be a complete journey from start to finish.”