Vessel creates an Order of Noise for Tri Angle 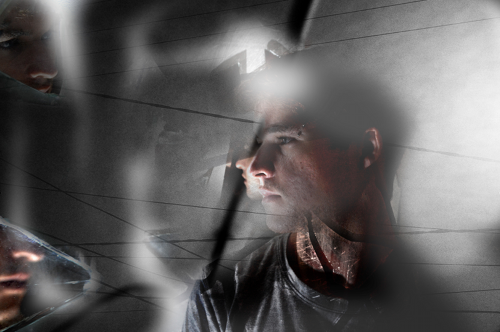 Bristol’s Vessel will release his debut album, Order of Noise, through Tri Angle Records this September.

Vessel, real name Sebastian Gainsborough (a great name, we’re sure you’ll all agree), came to light as part of Bristol’s Young Echo collective, other members of which include Zhou and Kahn. His smudged brand of ashtray house and techno has found homes on Rekordah’s Astro:dynamics label and the recently featured Throwing Snow’s Left_Blank (who released the sublime Nylon Sunset EP, still a favourite in FACT’s office), but his work for Tri Angle looks set to be his most celebrated yet – especially given that, aside from perhaps Howse’s recent Lay Hollow, it’s the furthest Tri Angle has delved into the world of dance music.

The press release promises “techno and house as a jumping off point” for “something unconventional and alien, often creating music that sounds as if it’s rhythmically out of control when in fact it’s all tightly controlled chaos. It’s a testament to Vessel’s talent how he manages to rein all his ideas and sounds in with so much thoughtful precision. Veering from the spaced out, futuristic dub sounds of ‘Stillborn Dub’, to the pulsating mystical ambience of ‘Aries’, through to tracks like ‘Lache’ and ‘Court Of Lions’ which seem to invert the traditional notions of what a club track should be, Order Of Noise is an album saturated in ideas that manages to stand out as a wholly coherent statement of intent for the future.”

You can stream a track from it, ‘Court of Lions’, below.