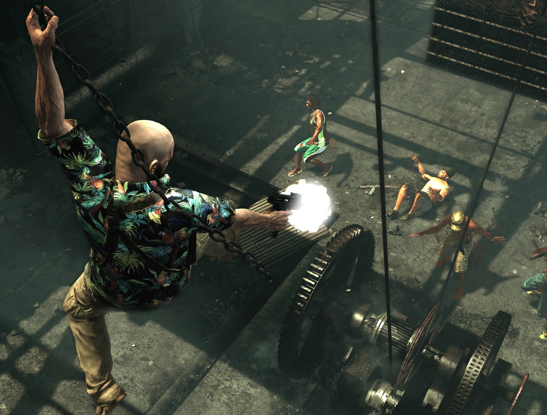 The music industry might be in freefall, but the video game industry is booming.

Just ask mega-selling “alternative” superstar and Oscar-winning soundtrack composer Trent Reznor. This year will see the unveiling of the first new material by Nine Inch Nails in three years – a single, perhaps, or maybe an album? No, it’s the theme music for the forthcoming Call Of Duty: Black Ops II.

Today, rather than focussing on the achievements of those quiet, unassuming engineers that have historically proven to be the true trailblazers of video game music – the kind of people celebrated on the recent SID Chip Sounds compilation, for instance – we’ve decided to look at what happens when musicians already established in the real world, musicians like Trent Reznor, attempt to make music in the virtual one. 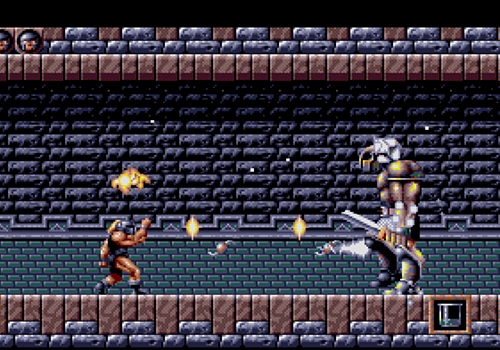 Though he’ll forever be associated with the analogue synth-pop that he pioneered in the late 1970s and ’80s, John Foxx was also quick to embrace the digital, working with Tim Simenon of Bomb The Bass on the music for The Bitmap Brothers’ Amiga/Atari romp Gods, in which the gamer plays Hercules on a quest for immortality – something which, one suspects, Foxx has already secured. 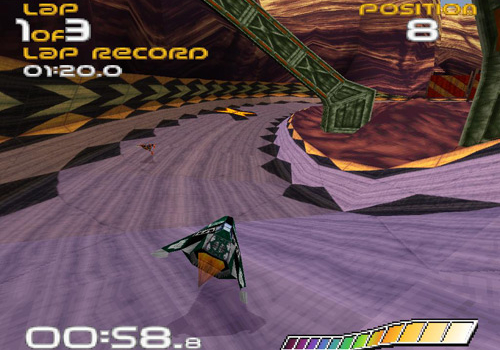 Released in ’95 for PlayStation, WipEout featured original music by Tim Wright, with additional tracks licensed from Orbital, Chemical Brothers and Leftfield – appropriate tackle, given the game’s whooshing psychedelic visuals and its title’s emphasis on, er, ‘E’. The trend continued with the sequels: WipEout 2097 (1996), for example, featured Photek, The Prodigy and Future Sound Of London, and the most recent instalment, WipEout 2040 (2012), includes tracks by Noisia, Rockwell and a certain “rat head f**k.” 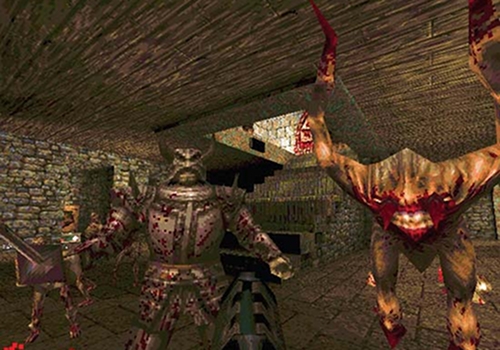 It was recently announced that Nine Inch Nails’ Trent Reznor – who, lest we forget, won an Oscar for his soundtrack work with Atticus Ross on The Social Network – has composed the main theme for the upcoming Call Of Duty: Black Ops II. Reznor’s involvement in game music goes back to ’97, when he produced original sound effects and ambient themes for Quake. 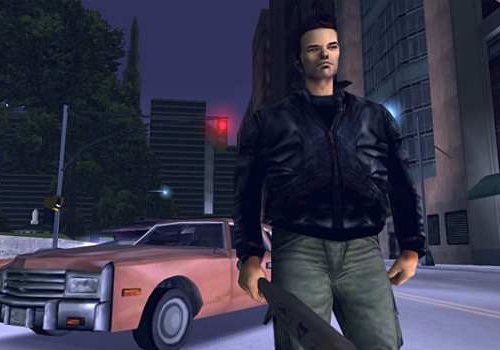 For the trailer heralding the 10th anniversary edition of their game-changing (no pun intended) open-world epic, Rockstar Games called upon Hudson Mohawke to remix Puccini’s 1918 opera piece ‘O Mio Babbino Caro’. Recent iterations of the game itself have featured an astonishing array of music, spread across 20 or so fictional radio stations: among the hundreds of major artists to have contributed are Kanye West, Nitzer Ebb, Gong, Elton John, Tangerine Dream, Ghostface Killah, Sepultura and Shaggy. 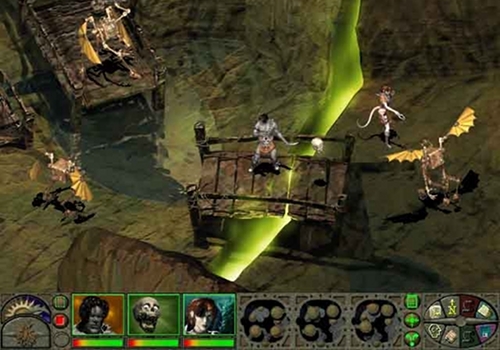 Given his ability to generate sonic atmospheres of unspeakable dread – a talent that has seen him give birth to an entire “dark ambient” genre as well as become a Hollywood sound designer of note – Lustmord should be the most in-demand video game soundtracker around. However, he was burned by his first experience in the field: commissioned to sculpt the audio for cult role-playing adventure Planescape: Torment, he turned in some of the most impressive music of his career, only to have it largely excised from the finished product. 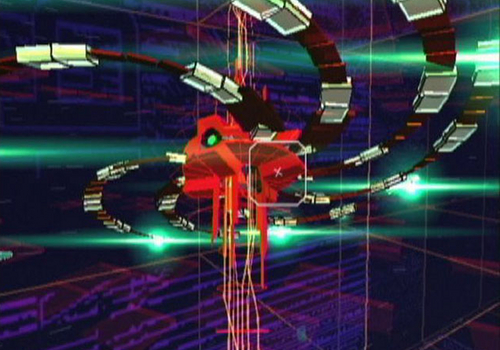 Electronic music plays a very central role in Rez – there are no other sound effects or pieces of dialogue, and certain “events” in the music are triggered by gameplay. Contributors to the soundtrack include underrated IDM/techno doyen Ken Ishii (one of R&S’s leading lights back in the day) and inscrutable clicker ‘n cutter Oval. 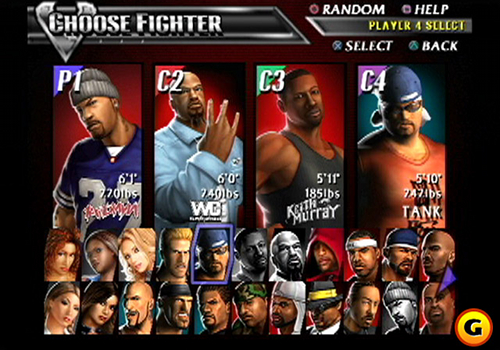 Sure, everyone knows about Def Jam Vendetta, the EA Sports wrestling game that starred DMX, Redman, Keith Murray and more, but Shaolin Style – in case it’s not obvious, a fighting game starring the Wu Tang Clan – remains an overlooked precursor to it. A special edition released at the time came with a “W” shaped Playstation controller, though the game’s Wikipedia entry clarifies that “due to its unique shape it was very difficult to use, making it more of a collector’s display piece than a functional control device.” 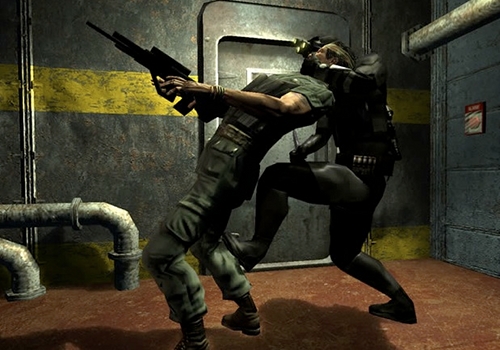 As we’ve already seen, a lot of original music that games developers commission from established artists ends up being discarded, or at best used sparingly. Ubisoft, makers of Tom Clancy’s Splinter Cell: Chaos Theory, however, were absolutely smitten with the audio that Amon Tobin presented to them: not only did they make substantial use of it in the game, they also encouraged Tobin to release it as a stand-alone soundtrack album (on Ninja Tune) ahead of the game’s release. 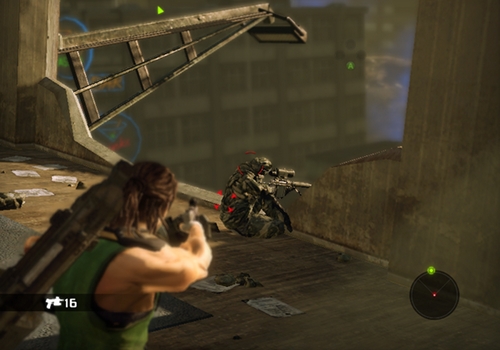 Rusko‘s tracks are generally dumb, overblown and butch to the point of camp, so it’s unsurprising that he took it upon himself to remix the theme from dumb, overblown and thoroughly camp video game classic Bionic Commando, which was rebooted in 2009. A guilty pleasure that leaves you feeling queasy and pointlessly overstimulated, much like gaming itself. 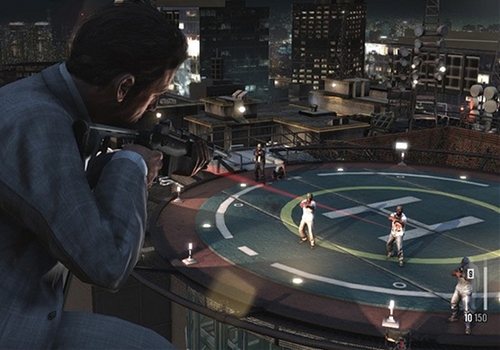 By anyone’s standards, this was an unlikely match, but it turned out to be one made in heaven. HEALTH performed the vast majority of the music for third person shooter Max Payne 3, trading in the grotty noise-rock they’d been hitherto associated with in for pulsating, widescreen electronic themes that recall – among other things – Tangerine Dream’s 80s Hollywood soundtracks. A triumph, really.