Andrés and Amp Fiddler team up for Second Time Around 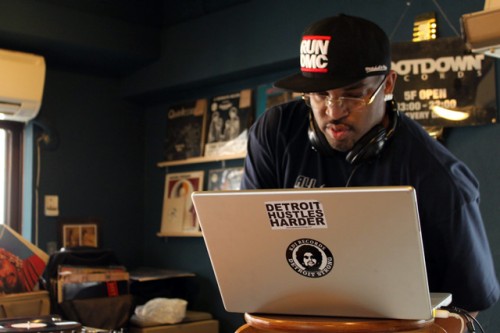 Detroit giant Andrés is preparing the second release on his La Vida label.

Titled Second Time Around, it’s another three track EP from the Moodymann associate, and this time features fellow Motor City native Amp Fiddler. Fiddler, under the alias Amp Dog Knight, contributes keys to ‘Hart Plaza’ and ‘Second Time Around’, both of which are reworked versions of past Andres tracks (originally released, it seems, under different names). When FACT interviewed Andres earlier this year, he explained that La Vida would, as well as releasing new material, reissue vintage Andres joints due to the enormous prices that they go for second hand on websites like Ebay and Discogs. He also promised, however, that he’d find ways of re-jigging them: this EP marks an interesting step in that process.

La Vida will release Second Time Around in September [via Juno]. Watch FACT TV’s interview with Andres below, and stream samples of the EP here.