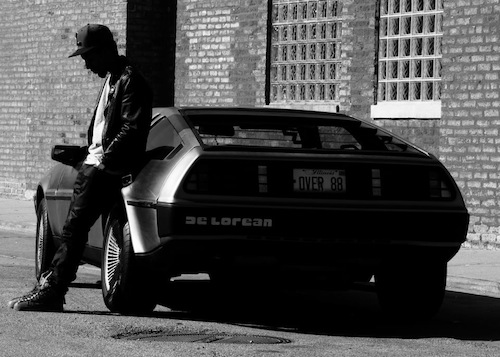 The 21-year-old rapper has been gaining buzz since his Driving 88 mixtape dropped earlier this year. Rockie has drawn comparisons to fellow Chicagoans Lupe Fiasco and Kanye West. On Maybach Music, he’ll join a growing roster that includes Meek Mill, Wale, and Gunplay.

His next project is the Electric Highway mixtape. Rockie told MTV News, “I always want to do original music even if it’s a mixtape, so it’s definitely a free album, but all of the records are going to be original. With me getting older and seeing different parts of the world, my content is always going to be evolving, so this is going to be the peak of Rockie Fresh. Out of all of the stuff that I’ve done, I think this is going to be my best work and I’m really looking forward to dropping it.”

Watch the video for ‘Into the Future’ and stream Rockie’s SBTRKT-sampling ‘Never Never,’ both off of Driving 88, below.