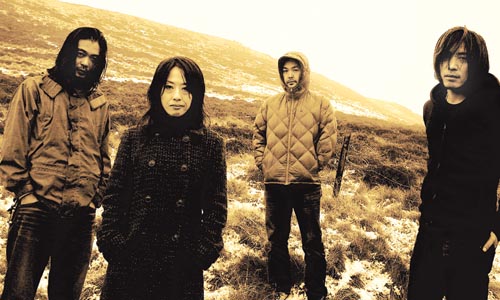 Post-rockers MONO are returning with their first LP in three years.

Since 2001’s sweeping Under The Pipal Tree, the Japanese combo have been releasing a steady stream of instrumental LPs. They’ve long worked with Steve Albini, who produced all of their records since 2003 and managed to tease rougher textures out of the band. Since 2009’s Hymn To The Immortal Wind, MONO have collaborated with chamber orchestras across four continents and released the Holy Ground: NYC Live With The Wordless Music Orchestra live album.

For My Parents (aww) will arrive in September on Temporary Residence. Albini has been put out to pasture, with the band instead working with Henry Hirsch. As with the aforementioned live disc, the record features the talents of The Wordless Music Orchestra. You can watch a trailer for the album below, which suggest that For My Parents will be a typically stately affair (and, perhaps, a gentler experience than previous releases).

For My Parents is due on September 3.