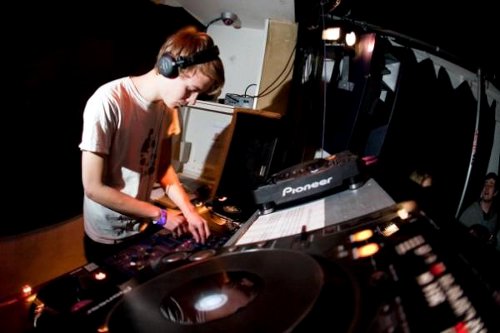 Pariah and Midland are two developing producers with plenty to say, and they’re now synthesising their talents on a new 12″.

Both producers have been releasing their best music in the last few months. Pariah, responsible for 2010’s killer Safehouses LP, released the excellent, uncompromising Rift. Midland, meanwhile, capitalised on the promise of releases for Phonica and More Music with two polished EPs on Aus Music (including the ravishing ‘Tape Burn’). The pair will join forces on an untitled 12″ single, the third release on Pariah and Blawan’s Works The Long Nights imprint. There’s no release date as yet, but the single is due soon.

‘Untitled 1’ is heavy as lead. Pariah’s boiler room atmospherics, all scuttling SFX and cathedral-grade reverb, are conspicuous. Midland’s job, it appears, is to beef up the low end, and ‘Untitled 1’ has a properly hefty undercarriage. ‘Untitled 2’ is even more claustrophobic: an air raid siren blares in the distance, and the kick’s as forceful as anything Blawan or Tessela have dreamt up. The gently swung hats also invoke the spectre of Pariah’s two-step indebted work. An inspired bit of synergy, all told.