Talib Kweli and Das Racist join forces on ‘The Actual’ 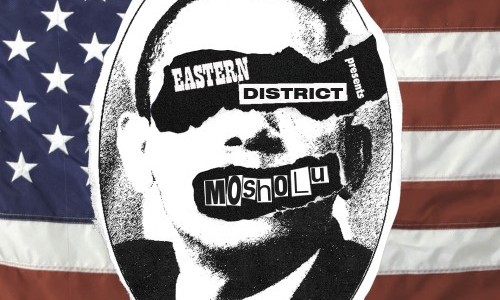 How’s this for an unlikely combination?

Queens outfit Das Racist are just about the most snickety act around: their celebrated 2010 tapes  Shut Up, Dude and Sit Down, Man was stuffed with arch asides and postmodern putdowns, and last year’s debut LP Relax continued the trend. Conscious rap veteran Talib Kweli, meanwhile, is earnest to a fault. Whether working as one half of Black Star or cranking out solo LPs, Kweli isn’t one to speak sideways.

The two acts have now collaborated on a new track, produced for a compilation by gallery/blog Eastern District. ‘The Actual’ is, it turns out, pretty great: Das Racist are typically entertaining, and Kweli’s rapid-fire flow is unexpectedly antsy. You can grab the MOSHOLU tape here. Spank Rock and The Kickdrums are among the other contributors. Stream ‘The Actual’ over at Stereogum.