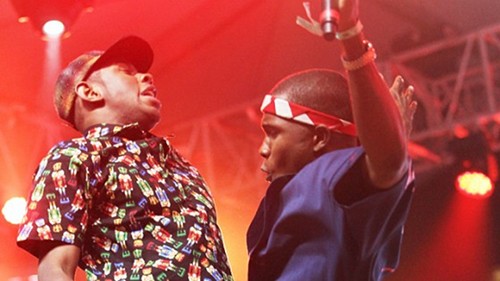 In the few days it’s been officially available to the world, Channel Orange has already been doing some impressive business.

According to HITS Daily Double, the record is predicted to shift between 110,000 and 125,000 copies in its first week – not bad for a record only available on iTunes. Happy as between 110,000 and 125,000 people will be to have nabbed the record ahead of schedule, they might be kicking themselves soon: the physical edition of Channel Orange will arrive with an unexpected bonus tracked bolted on. The goodie in question is ‘Golden Girl’, a new track featuring Ocean’s OFWGKTA associate Tyler, The Creator.

Channel Orange definitely isn’t short on breezy/cheesy hooks, and ‘Golden Girl’ fits the same mould as the langorous ‘Sweet Life’. We’d wager that ‘Golden Girl’ is actually the superior track: there’s a sinister edge to those sudden silences and hyper-synthetic synths (one, it ought to be said, that might have been welcome during some of Channel Orange‘s more twee moments). It’s also the only track on the record that could feasibly have been written by Air France. Tyler’s appearance, pitch-shifted beyond recognition, doesn’t match Earl Sweatshirt’s blinding verse on ‘Super Rich Kids’, but it definitely offers a very different sort of kiss-off to an album winning a lot of praise. [via Hypetrak, where a better quality stream is also available]