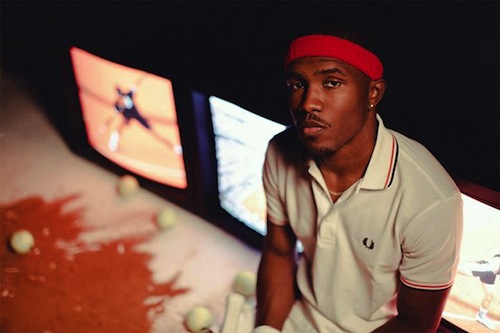 At the risk of turning this site into the Frank Ocean News Network, the singer began the press campaign for Channel Orange with an interview on BBC Radio 1.

In a fawning interview with Zane Lowe, Ocean shined a bit of light on the recording and release of his acclaimed debut (while not addressing the Target mini-controversy). According to Ocean, the staggering of digital and physical releases was not a rash decision, but an attempt to thwart leakers, a technique that Watch the Throne also used. As for the physical release, Ocean was still designing the vinyl packaging earlier this week and has yet to hold the album in his hands.

Ocean explained the recording process, in which he strived to go different places with his songwriting, both structurally and sonically. He admitted to living the high life on the label’s dime, renting a plush pad in Beverly Hills, while only recording ‘Lost,’ ‘Pyramids,’ and bonus track ‘Golden Girl’ there. Now, Ocean will turn his attention to a national tour, festival dates, and an opening slot on Coldplay’s fall tour.

Listen to the interview below and read our review of Channel Orange.