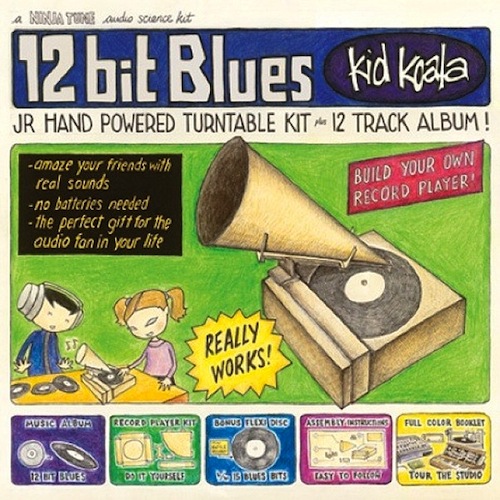 The Canadian turntablist is back with an album that re-imagines the blues.

Assembled with only a vintage E-mu SP-1200 sampler at his disposal (“the Ark of the Covenent of hip hop production”), 12 bit Blues is a blues album that only Kid Koala could imagine. Without sequencing software, he played each track in realtime, approximating the rawness of blues with a turntablist’s worldview.

In another nod to the past, limited edition releases will come with a cardboard, hand-powered turntable kit and flexi disc. Apparently, adding a tactile experience beyond a record’s packaging will be a trend this year.

Head over to Ninja Tune to grab a free track off the album, which drops on September 17.