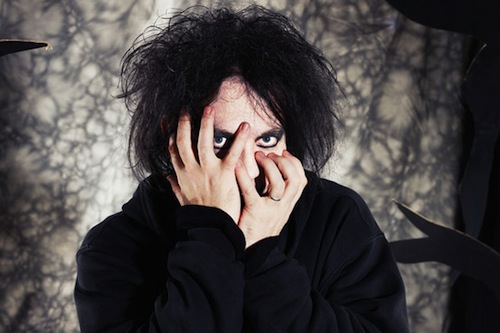 Smith treated the festival to a rare, solo acoustic set, strumming and singing his way through The Cure’s ‘Three Imaginary Boys,’ ‘Fire in Cairo’ and ‘Boys Don’t Cry.’ After the set, the permanently dreary Smith deadpanned: “That’s why it’s The Cure and not Robert Smith.”

After the brief performance, the rest of the band joined Smith on stage for the festival’s headlining set, an impressive 35-song journey through the band’s catalog. Watch the solo performance below, via Slicing Up Eyeballs, which also has rest of the webcast.