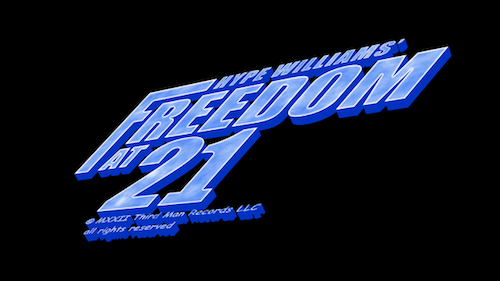 Update: You can now watch the full thing here (note: it may take a while to load):

The esteemed hip-hop video director teases a day-glo grindhouse clip for ‘Freedom at 21.’

‘Freedom at 21,’ a single from White’s solo effort Blunderbuss, was originally and peculiarly released via helium balloon. The rollicking blues rocker finds White’s delivery at its most rapid-fire, which suits Williams, the director who defined the 90s aesthetic with videos for 2Pac, The Notorious B.I.G. and Missy Elliott.

Jack White is currently touring in support of Blunderbuss, and released a collection of previously vinyl-only B-sides this week. The full-length version of ‘Freedom at 21’ premieres on July 16, but you can watch a clip of it below.