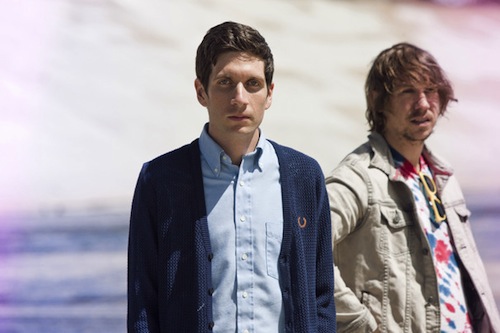 The visceral experience of a No Age show has been captured in short film form.

Entitled The Lights And Then The Noise, the five-minute short was written and directed by London filmmakers Mathy & Fran. It will be presented at Bristol’s Encounters Film Festival, and is expected to premiere online in September.

This isn’t No Age’s first foray into multimedia art. The noise-punk duo has contributed music to an exhibition about Rodarte, performed as part of Doug Aiken’s Song 1 exhibition, and contributed to the soundtrack of a feature-length skate video. Watch the trailer for The Lights And Then The Noise below.

The Lights And Then The Noise (Teaser) from Mathy & Fran on Vimeo.