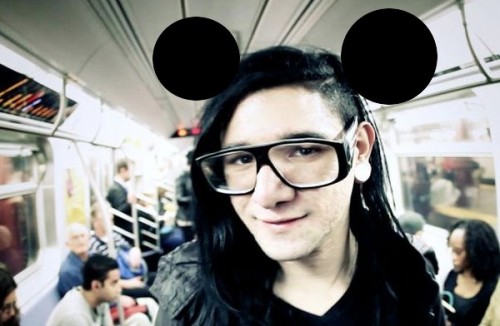 The Skrillex soundtracks aren’t about to stop.

Following the news that dubstep’s most loved or hated man (depending on who you ask) will contribute original music to new James Franco film Spring Breakers, comes the revelation that he’s about to start working on a new Disney film, Wreck-It Ralph. The film, interestingly enough, follows nine-foot tall videogame villain Ralph, who decides he’s tired of being the bad guy (maybe Skrillex can relate?) and wants to be good. His adventure features guest appearances from Street Fighter II‘s M. Bison, Super Mario Bros’ Bowser and more, and will hit cinemas this November.

If it’s anything like the music that Skrillex has contributed to Spring Breakers, then expect “more or less traditional scoring… don’t expect dance floor bangers.” Which, given how adept Skrillex is in a technical production sense, could actually be quite interesting to hear.