Waifer, grime’s great lost producer, is back on the beats 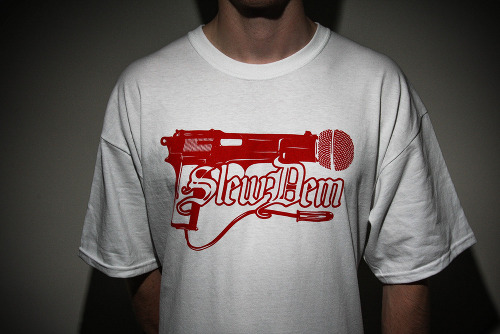 Yes, everyone knows about Tempa T, and probably Chronik and Spooky too at this point, but what about the rest of Slew Dem Crew?

Hailing from East London, Slew Dem boast a presence as one of grime’s most revered and respected collectives. This is in no short part down to Waifer: one of the crew’s in-house producers and a figure of almost mythological status at this point – mostly due to the fact that he’s a) brilliant, b) hasn’t made a beat for years, and c) didn’t release much when he was active.

Now, however, Waifer’s back, and working on new music. A new EP, Waifer says, is on the way – to whet your appetite for it, tuck into his Soundcloud, which features a selection of classic Waifer beats (be warned: it sounds like he recorded some of them off his phone) and a couple of free downloads, including a storming collaboration with Slew Dem’s Matty D titled ‘Yes I Blunt’.

To celebrate the news, East London clubnight Maybach – run by Slackk, Oil Gang, Altered Natives and FACT staff member Tom Lea – will be hosting Slew Dem’s beyond-tight DJ Spooky at their next night, with Spooky playing a 100% Slew Dem productions set (read: lots of unheard Waifer, loads of unheard Spooky, loads of unheard Top Dolla and more). That takes place at The Alibi, Dalston on July 28, with 100 free shots at the bar courtesy of Agwa. Support comes from all four residents; entry is free so we’d recommend attending early.

In preperation for the night, Spooky’s recorded a 100% Slew Dem mix – you can stream that below. For more information, visit the Facebook event page.