August 27 is now Matthew Herbert Day; five reissues and compilations on the way 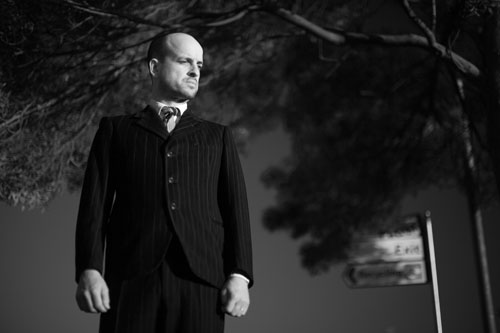 August 27: only notable for being Moldovan Independence Day, right? Wrong!

Accidental Records have stuck their flag into the flank of 27/08 and claimed it as “Herbert’s Day”. The Herbert in question isn’t some arcane saint, but high-concept electronic auteur Matthew Herbert.

Playground report that the label will mark the occasion with five new Matthew Herbert releases, all of which sound pretty enticing. The big draw is a double album stuffed with unreleased and rare material from the Herbert archives. Herbert’s classic 1996 debut 100 lbs and 1998’s Around The House will both get reissues, both of which will come augmented by new remixes. 2001’s Bodily Functions will also get a rerelease, featuring extra remixes by the likes of DJ Koze and Dave Aju. Finally, 2006’s Scale will be reissued with new orchestral versions and remixes.

If you can’t bear having to open another 40 odd windows on your Herbert Advent Calendar, fret not: Herbert will be returning on August 4 with an album under his long-retired Wishmountain moniker. As reported, Tesco will sample the 10 bestselling items in a Tesco supermarket. As you do.