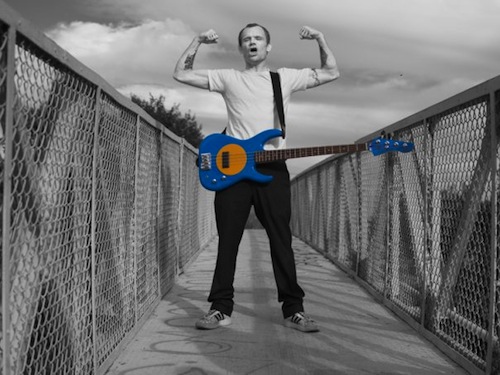 Announced on Twitter, the EP is entitled Helen Burns. Flea plays trumpet, bass, synthesizers, drum machine, piano, and “a bunch of other shit” on a recording that is instrumental “except when Patti Smith sings.”

Named after the character in Jane Eyre, Flea promises that Helen Burns will be a “trippy freakout” unlike Red Hot Chili Peppers or anything close to it.

The release will follow the pay-what-you-want model, with all proceeds benefiting the Silverlake Conservatory of Music. The deluxe version will be on vinyl, with an autograph and a piece of a bass string played in concert.