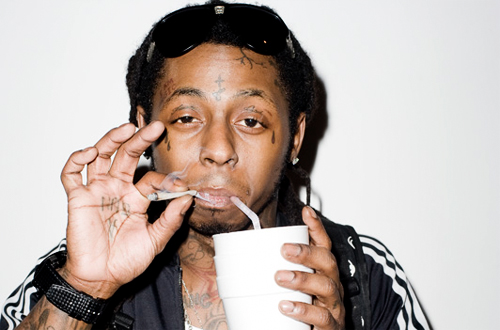 It’s a been a little while since Lil Wayne – once one of hip-hop’s most reliable jesters – did something thoroughly entertaining. His new video more than makes up the deficit.

‘My Homies Still’ is the first single from I Am Not A Human Being Pt. 2, Wayne’s follow-up to last year’s muted Tha Carter IV. Musically, it’s a bit of a clutter, spotted with hoover sounds and loopy SFX. The chorus – “Don’t make my goons go stoopid” – emphasises the more juvenile aspects of the track, and an impressive Big Sean isn’t afraid to play goofy where necessary.

Director Parris identifies the playful elements of the track and cranks them up to eleven and beyond. There’s little use describing the clip in advance: we wouldn’t want to spoil the surprise, plus we could do without the RSI from trying to jot down every WTF moment. As a primer, we’ll just say: keep an eye out for some nods to Mary Poppins, Avril Lavigne apparently macking off with a mannequin, and a hitherto unsuspected admiration for Jammer.