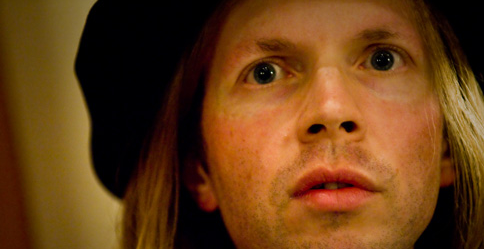 The music-based game, developed by Pyramid Attack and due out on August 7 for PlayStation 3, features three previously unreleased Beck originals – ‘Cities’, ‘Touch People’ and ‘Spiral Staircase’ – each providing the basis for its own level within the game. Players progress through each level enables them to construct increasingly complex accompanying beats.

Sound Shapes also features music by Deadmau5, Jim Guthrie and I Am A Robot And Proud.