“I will try to be my own kind of pop icon.” Zola Jesus on cosmic truths and consumer manipulation

In an era of lo-fi mumbling and after-the-fact vocal manipulation, Zola Jesus‘s pipes precede her. Nika Danilova’s voice – an orotund bellow, forceful enough to overwhelm just about any track she steps on – is one of leftfield pop’s most distinctive instruments. Danilova, however, isn’t just a pair of lungs on legs; indeed, she’s quickly […] 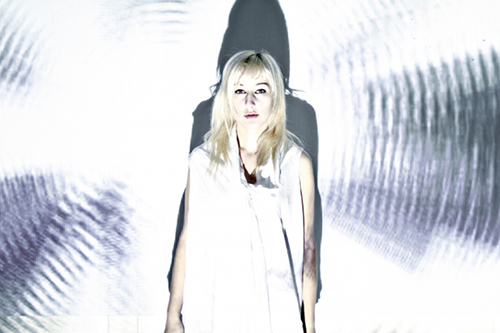 In an era of lo-fi mumbling and after-the-fact vocal manipulation, Zola Jesus‘s pipes precede her.

Nika Danilova’s voice – an orotund bellow, forceful enough to overwhelm just about any track she steps on – is one of leftfield pop’s most distinctive instruments. Danilova, however, isn’t just a pair of lungs on legs; indeed, she’s quickly proven herself to be an unusually confident and singular young artist.

Her early works – the Tsar Bomba and Stridulum EPs, the scuzzy The Spoils – saw Danilova  experimenting with industrial textures. There are songs in there somewhere, but the voice competes with all manner of fuzz and clutter. 2010’s Stridulum II, her breakthrough album for Souterrain Transmissions, showed Danilova letting some light into her claustrophobic productions; the result was an impressive set of considered goth-pop gems (not to mention some of the best cover art of the decade).

Danilova’s had a banner twelve months leading up to now. 2011’s Conatus added new levels of sheen to her sound: some may have mourned her newfound glossiness, but the record also allows her strengths a songwriter to rise to the fore. She’s also won friends in lofty places, having been remixed by David Lynch, co-opted by El-P and backed by No Wave legend J.G. Thirlwell at Manhattan’s Guggenheim. Those oddball collaborations have been counterpointed by some bold steps towards the mainstream: Conatus has done good business, and her contentious new video for ‘Seekir’ sees her playing the full-on popstar. FACT spoke to Danilova to talk team-ups, clean-up jobs and  the “extreme psychological manipulation of consumers”.

As your career has developed, your music has become cleaner and clearer. How do you feel when you listen back to, say, The Spoils now?

“It still feels very much apart of me, and I’m still really proud of that record. But it’s important to challenge yourself. Having cleaner and clearer production is much more intimidating and challenging as it forces you to confront any sort of weakness you may have. The Spoils was extremely cathartic though, which is what I still love about it.”

Conatus is an emotionally intense record: are these songs all personal expressions, or do you ever write from the perspective of characters?

“I write songs usually either addressed to myself or to  humans in general. In my older songs I would write from characters occasionally. Like my old song ‘Odessa’ was about a sex trafficked woman who became pregnant and they gave her an abortion in order to keep monetising off of her. Back then I would write lyrical stories like dreams, as a way of accessing metaphors that delve into my subconscious deeper than I could without confronting it directly. But now I just try to dig deeper without needing those sort of metaphors.”

A noticeable development on Conatus was the introduction of orchestral instrumentation. What do you think this brings to your sound?

“It definitely brings an organic quality I never had before. During Stridulum I was really into using almost exclusively software and synthesizers to create the music. I like trying to use completely synthetic sounds to simulate and aid human emotion. But I began to miss the expressiveness of acoustic instruments. I love strings and orchestral instruments and hope to use them more and more in future records. To find a balance I think would be ideal.” 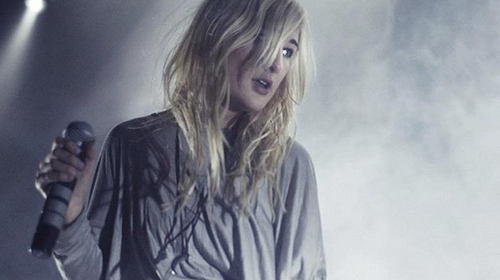 You shared a bill with J.G. Thirlwell at the Guggenheim in May. What does a venue like that bring out of you as a performer?

“Oh god, playing at the Guggenheim was life-affirming. For the first time I felt proud of what I was doing. I felt like I was doing it right. I cried during that performance, I could barely hold it together. From being in that room built by Frank Lloyd Wright, to looking behind me and seeing JG conduct the wonderful Mivos Quartet playing arrangements of songs I wrote alone in my bedroom when I was 19. It was surreal.”

You recently performed with El-P on Conan. How did that team-up come about, and have you got plans to work with him in the future?

“We’re friends and mutual fans. We talk about working together often, as we’ve much in common.”


“Oh god, playing at the Guggenheim was life-affirming. For the first time I felt proud of what I was doing.”

What was the intention behind the ‘Seekir’ video – is it an experiment? A parody? Something in-between?

It definitely wasn’t a parody. I am infinitely curious about the pop world. It’s something that has always felt so foreign and far away from me. But that sort of feeling of inaccessibility tantalizes me. I wanted to try my hand at it. I would love to be a popstar if I felt like it didn’t have to involve extreme psychological manipulation of consumers. But I think the whole point of being a pop star is to be an icon, to be this unreachable ideal for people to either lust over or look up to and try to become themselves. And they will buy whatever they can to get closer to that. Buy, buy, buy. It’s easy for that seat of power to be abused and mishandled. Anyway, I will do the best I can to be my own sort of pop icon. Pop can be a beautiful, seductive band aid for society, but it doesn’t have to be. The whole video for ‘Seekir’ is based on Gurdijeff movements which promote discrete cosmic truths and knowledge of self-awareness.”

Your work has a real sense of ambition and grandeur – I get the sense you might have plans that extend beyond just building up a discography of studio LPs. Are you sitting on any pet projects or pipe dreams?

“Music is my priority because it’s my only learned medium to communicate my ideas. But there are so many other ways I can experiment with my passion and ambition and for that, who knows, maybe one day I will put my energy into something else for a bit. For now, however, music is all I know.”