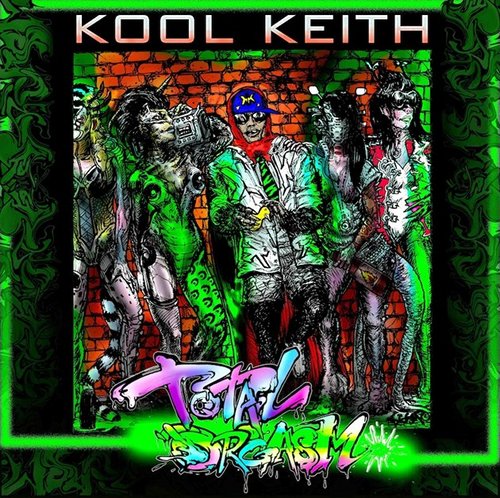 Following on from last year’s The Doctor Is In EP, Kool Keith has uploaded a bug-eyed new mixtape.

Whether talking sideways in Ultramagnetic MCs or entering full-on Dadaist mode as Dr. Octagon, the New York MC has forged a reputation as one of rap’s more enterprising space cadets. The rapper is now readying himself for retirement: 27 years after his first release, Keith will wave farewell to music with final LP Love & Danger. Still, he’s not thrown in the towel and picked up the trowel just yet. He recently unveiled Luv NY, his supergroup with the likes of Roc Marciano and Diggin’ In The Crates Crew, and he’s just released a mixtape of fresh cuts and unheard productions.

Total Orgasm (tick) arrives with some screwy cover art (double tick) and a glut of new material. Keith handles production on nine of the tape’s 17 tracks, and DJ Junkaz Lou, Mr. Sche, WMS The Sultan and R.T. Music also contribute. If you’re a fan of spooky boom-bap and cryptic mumbling, you’re in the right place.